American Spieth, the world No.3 fresh off his 10th career US PGA Tour victory, is the first big name to commit to what promises to be an impressive field for the national championship at The Australian Golf Club in Sydney from November 23-26. 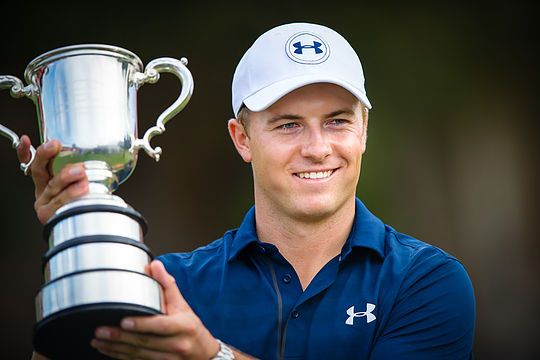 The 23-year-old Texan won the Emirates Australian Open at The Australian in 2014 with a stellar 63 on the final day, and narrowly missed a playoff at the same venue in 2015 when he finished tied second with Adam Scott, a shot behind Matt Jones.

But he renewed his acquaintance with the Stonehaven Cup at Royal Sydney last November when he triumphed in a thrilling playoff against Ash Hall and Cam Smith.

Seeking his third Australian title at a venue that he readily acknowledges helped propel him all the way to two major championships in 2015 and the world No.1 ranking, Spieth is eager to return.

“I have really enjoyed my visits to Sydney and can’t wait to get back in November,” Spieth said.

“I look back at the win in 2014 at The Australian, which is a great memory, and it definitely helped build momentum for a successful 2015.”

“After coming so close again in 2015, it was great to get the Stonehaven Cup back last year.”

“Jordan is one of the greatest players in today’s game and has proven to be exceptionally popular with audiences in Australia and around the globe,” Pitt said.

“He has been a great champion and ambassador of the Emirates Australian Open and, if you think back to his late charge in 2015, he could easily be playing for his fourth title in a row.

“We are really delighted that he is coming back again and think that he will form part of a very formidable line-up we’re building for fans at The Australian.”

The tournament will be telecast all four days on Channel 7. Tickets are on sale now from Ticketek at www.ticketek.com or by calling 132 849.