Spieth in the dark about Masters cut rules

Former Masters champion Jordan Spieth was seriously concerned that he would not be around for the weekend at the 2019 US Masters.

Amazingly, the 2015 champion was uncertain of the rules at the year’s first major championship. 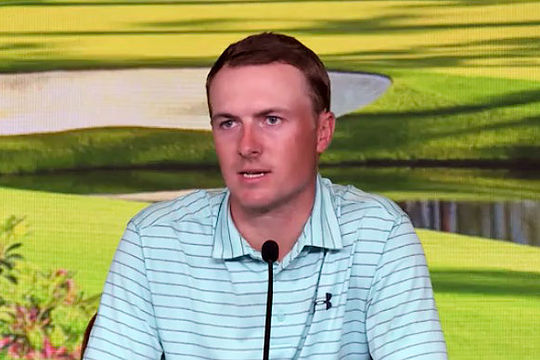 “I thought it was top 60 and ties,” Spieth said of the cut line.

“[Maybe] because I’ve never been anywhere near it.”

Spieth had a horror start to his Masters campaign, shooting a three-over par 75 in the first round – which was serious cause for worry.

After a slow start in the second round, with a bogey at the first, Spieth did bounce back with some much better golf to ensure he’d be around for the weekend.

A birdie at the ninth began a return to form as the popular American followed with three more in the next five holes to shoot a 4-under 68 and head to the weekend at 1 under, safely inside the number.

“My pars were more stress-free, and I was able to have a lot more looks at birdie,” said Spieth said.

“Overall, my putting performance still hasn’t been quite as good as it’s been in previous weeks.

Spieth finished with weekend rounds of 69-71 to finish in a respectable tie for 21st.