Jordan Spieth competes on home State soil for the first occasion this year teeing up in the WGC – Dell Match-Play Championship at the Austin Country Club course in the Texas capital.

It is the first of two events, including next week’s Shell Houston Open, where Spieth will compete in Texas before the defence of his Masters. 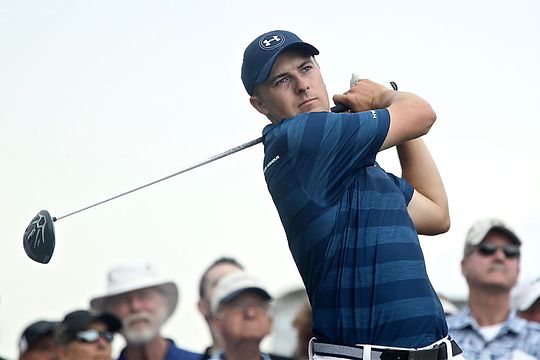 And the last thing the proud 22-year old Lone Star State golfer would wish is to lose his World No.1 ranking to an Australian.

That is the scenario staring at Spieth should Jason Day capture a second straight Tour title along the shores of the Colorado River as it would see Spieth dethroned as the World No. 1 for the first time since finishing runner-up to Day at last August’s PGA Championship.

Of course, golf’s top two could easily swap positions should Spieth not get through the initial three-match round robin stage.

Spieth knows only too well how volatile the rankings have been over the last year or so, and would recall that a fortnight after going to No. 1 he found himself back at No. 2 in missing the cut at the Barclays but then regained the top spot in strangely missing the cut in the following week’s Deutsche Bank Championship at TPC Boston.

He then dropped to third on the rankings after sharing 12th place in the BMW Championship but stormed back to World No. 1 in what was a triple celebration, winning the Tour Championship and FedEx Cup.

Since then, after a period of exactly six months, Spieth has been the undisputed best in the world.

However Day’s start-to-finish Arnold Palmer Invitational victory has seen the Queenslander move to within .3074 of a World Ranking point behind the American.

Spieth and Day are on opposites side of the draw this week and if all goes to plan they would meet up in Sunday’s final in the $US 9.5m event.

But while Spieth is desperate not to lose the game’s top-ranking he was full of praise for Day winning in the manner he did last Sunday in suburban Orlando.

“No, it doesn’t play in my mind that the No. 1 could change this week,” he said.

“The No. 1 spot gets protected if I do what we set out to do this week. If these guys — Jason, with the phenomenal win last week, and what a finish that was, going for it and then hitting a great bunker shot and putt. I watched it. It was fun to watch a friend do that. It drives you. It motivates you. Adam has had a phenomenal year.”

“So you’ve got a lot of Masters champions and Masters guys who have really played very well in the Masters, all winning or right up there leading into it and it’s a pretty exciting time for golf right this second.”

“I’d like to join in on that starting this week, in my kind of road of a three-week stretch to the Masters.”

“But the No. 1 ranking, that’s a label that, sure, you’d like to have, because it means you continue to play good golf but then I don’t focus on the points and the divider. I focus on doing my job this week.”

Spieth opens his Match Play campaign Welshman Jamie Donaldson while Day, as the No. 2 seed, squares off against Northern Ireland’s Graeme McDowell.