He won’t be feeling too proud of the record that he set this week and Jordan Spieth’s untimely finish at the BMW Championship could be quite costly.

The popular Spieth will miss next weekend’s Tour Championship for the first time in his professional career. 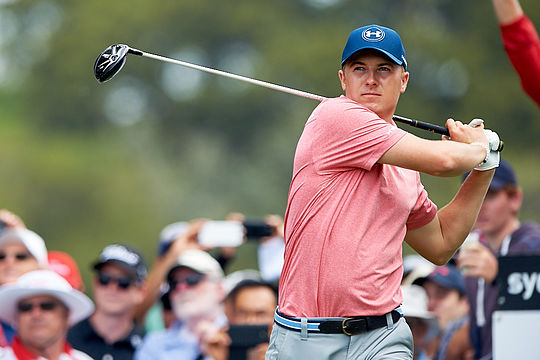 That wasn’t a record he will cherish – but worse news was to come.

It meant he not only missed his shot at the FedEx trophy, which he won in 2015, but he also faced a possible penalty from the PGA Tour for failing to play enough events this year as part of its field enhancement criteria.

The three-time major champion, who was in contention to win both the Masters and The Open this year, didn’t do enough at the other tournaments nor at the BMW Championship to advance to the season-ending tournament in Atlanta, which is for the top 30 players in FedEx Cup points.

“I was in control of my own destiny and didn’t have it this week,” said Spieth after shooting 73 to finish in a tie for 55th at Aronimink Golf Club, which left him 31st in the FedEx race with only the top 30 to progress.”

“I was riding some momentum (after the Dell Technologies Championship) but all in all, my game just kind of got a little off.”