Rarely does history reward second place. The blink of an eye can be the difference between being hailed as a hero or forgotten forever.

In golf it can all come down to one missed putt, a stray bogey or water hazard, just ask Phil Mickelson, Colin Montgomerie, Greg Norman or Rocco Mediate amongst many others. 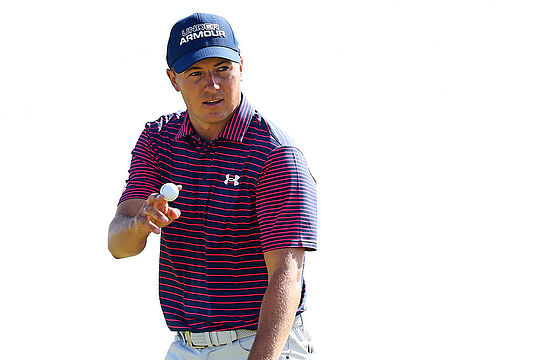 This week’s near miss goes to Jordan Spieth, who despite playing superb golf all week, failed in his bid to join Collin Morikawa in a playoff by just two shots.

That may seem like a lot in terms of professional golf but one of those near-misses was a 2-foot putt for par on the 18th hole in the third round, which followed an earlier bogey at the 17th, and turned out to be a costly mistake leaving him three shots off the pace after 54 holes rather than one.

Spieth will now have to wait until April next year for another chance at securing a fourth major title.

“So I’m upset because I really felt like I played well enough to win and made a couple of really dumb mistakes that possibly if I had played the week before, wouldn’t have made.”

“Like just stepping in and missing a couple-footer on 18 [on Saturday], not really thinking about it. But at the same time, I did everything I could in the past few hours to win this championship.”

“It’s hard to be upset when I was a couple over through six [holes]. I couldn’t have really done much more after that point. But the [Saturday] finish was about as upset as I’ve taken a finish of a round to the house. I walked in and I said, ‘Is there something that I can break?’ I knew that was important because I would have been in the final group.”

While the loss is a bitter pill to swallow, Spieth will take a lot out of positives out of the week. The Texan spent close to four years in the wilderness following his 2017 Open Championship victory before winning again on home soil at the Valero Texas Open in April.

A week later he finished 3rd at the Masters and secured outright second at the Charles Schwab Challenge in late May, which was in stark contrast to his early season form where his best finish was a tie for 38th along with four missed cuts.

However at just 27, there’s little doubt that more majors will come his way – it’s a matter of when and not if.