Spieth says Fleetwood the one to watch at Open

Beware the “Fleetwood Express” – that’s the warning from defending British Open champion Jordan Spieth as he prepared to defend his title at the brutal Scottish links Carnoustie, referred to by many of the pros as ‘Car-nasty’.

Spieth feels Englishman Fleetwood is perfectly placed to take the momentum gained from his sensational US Open finish into the third major championship of the year. 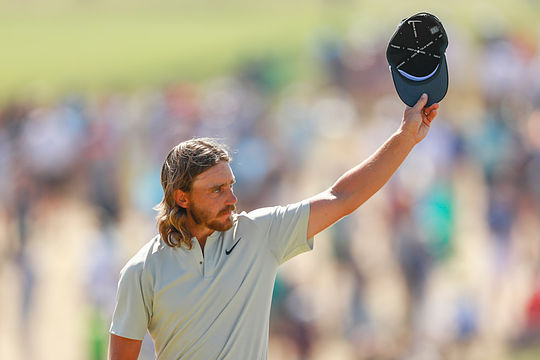 The popular American missed the cut at the recent US Open but watched as Fleetwood put together a final-round 63 to match the lowest round in US Open history.

Fleetwood missed a putt at the last that might have been enough to snatch victory from Brooks Koepka but even that couldn’t take too much away from one of the great final rounds in a major.

“It’s unheard of. It’s a fantastic round, and I don’t think anybody was surprised, any Tour player was surprised that Tommy Fleetwood did it.”

“He certainly has the game, the capabilities, and somebody who has proven he’s not afraid of the moment of the shot.”

“I can certainly see him as one of the favourites, somebody who will have a lot of momentum if he works his way up to the lead.”

Spieth still feels he’ll be ready for a red-hot crack at defending his title.

“I’ve seen what the golf course has a reputation and a nickname, ‘Car-nasty’, among a lot of the players, for being that difficult.

“Although it won’t be necessarily the golf course itself; the conditions can obviously create scores similar to what the U.S. Open just saw.

“But I thoroughly enjoy links golf. I know it will be difficult, but you can obviously expect a little bit of everything in four days over in Scotland.”