Double Major winning Jordan Spieth continues to struggle in missing the cut for the second week in a row at Deutsche Bank Championship just outside of Boston.

Spieth, who was replaced last week by World No. 1 Rory McIlroy, added a second round 73 to his opening 75 to crash to six over par just a week after shooting scores of 74 and 73 at the Barclays Championship in New Jersey. 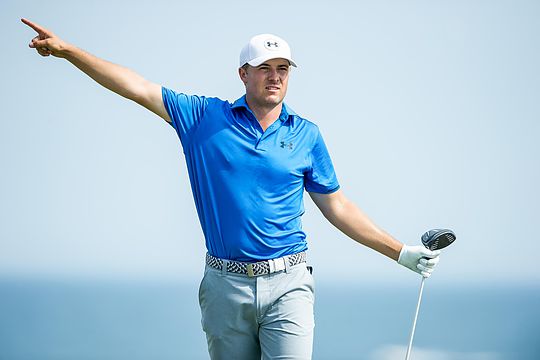 The Texan had just one birdie in his round and that was at the final hole while a check of his two scorecards this week shows Spieth managed just five birdies while posting an uncharacteristic 11 bogeys.

“I have control of the golf ball just fine. For whatever reason I’m not scoring. Today was my putter. (Thursday) was my irons — my distance control from the fairways. Just not everything is exact and fine tuned like it has been this whole year.

“Normally my mental game is a strength of mine,” said 21-year-old American Spieth, who missed the cut by three strokes having been five behind the mark at last week’s Barclays event.

“It’s something I feel like I have an advantage over other players on. These past two weeks it was a weakness for me.”

The last time Spieth recorded four consecutive rounds over par prior to Saturday was in 2013, his rookie year on TOUR, when he shot five straight rounds in the mid-70s at The Open at Muirfield and PGA Championship at Oak Hill.

However Spieth is projected to remain No. 2 on the FedEx Cup points list.

Rory McIlroy, and a prior Deutsche Bank winner, birdied the last for a 74 and is two over, 14 shots off the leading pace set by American Charley Hoffman, the 2010 champion, and is three clear of Brendon de Jonge after a 63 featuring eight birdies in 14 holes.