If Greg Norman won fans all those years ago with his humbling defeat at the US Masters, Jordan Spieth may take that to the next level.

Such was his humility and good sportsmanship in defeat that even his caddie Michael Greller has been in awe of the Texan’s manner since his 12th hole collapse and subsequent defeat in the year’s first major at Augusta National. 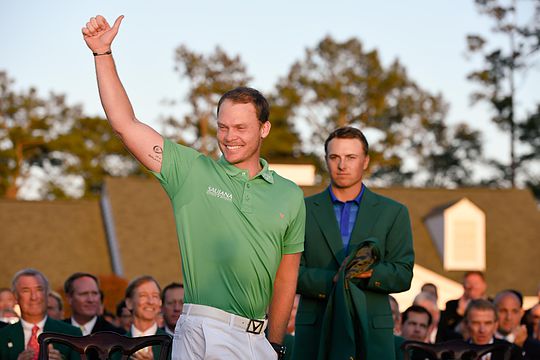 In fact Greller even suggested he and Spieth would be improved by the defeat.

“We received an outpouring of support and thoughtful messages. But don’t feel sorry or sad for us,” Greller explained on his Facebook page.

“We won’t get stuck in this moment, nor should you. We will work harder, fight harder and be better for it.

“We will bounce back…as we have done many times.”

Greller gave his own thoughts on the game and how Spieth handled that loss to Danny Willett:

“There are far greater struggles that exist in the world than not winning the Masters. We are beyond blessed to do what we do.”

“We are grateful to work alongside the greatest golfers and caddies in the world. It is a challenge we relish.”

The world watched as Spieth kept his composure following his three shot defeat at the hands of Danny Willett.

“Jordan Spieth is the same genuine, grounded and humble person he was five years ago, in victory or defeat.”

Then again, maybe he can afford to be: Jordan Spieth already has a Green Jacket in his wardrobe and can play at Augusta every year if he wants to.

Imagine what Greg Norman would give for that honour!