The Australian was too good for Moore Park winning their encounter 6-1 with some stellar performances from Kevin Yuan, Blake Windred, Justin Warren and team captain and pennant stalwart Nick Crews.

Crews was a member of the team that won the 2007 Division 1 Pennant title and he will lead the team charge this Sunday.

Last Sunday’s win against a very well prepared and seasoned Moore Park outfit was certainly impressive with both teams heading into the semi-final with a 4-1-1 record.

Moore Park is a club proud of its Pennant achievements which include a winning streak of three wins in five years with the last victory coming in 2011.

The Australian team and will certainly head into the final with great momentum.

The St Michael’s against Concord match was a much closer affair. 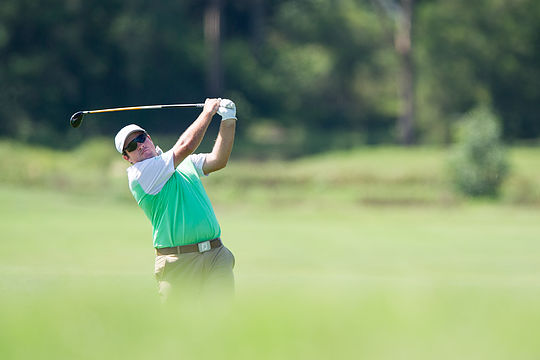 St Michael’s bottom order of Harrison Crowe and Joshua Clark recorded solid earlier wins to give the 2015 flag winners an early but slender lead. When Concord’s Ken Brewer recorded a solid 5&4 win over St Michael’s Captain, Mike Hammond, and with Concord’s Josh Gadd in a commanding lead at number 3, the semi-final was evenly balanced midway through.

St Michael’s is another club with a strong Pennant history including four Division 1 flags in six years between 2009-15, having defeated The Australian in 2015. Its 2017 line up includes a blend of youth and experience and they had to dig deep to secure Sunday’s victory.

The outcome of the semi-final then switched to the number 4′s, St Michael’s Sam Costa who is the reigning club champion against a young Oliver Payne. Costa had moved to have the upper hand in their match but to Payne’s credit he refused to give in, nailing a wonderful short iron to 2 feet on the par 3 17th to be all square heading down the 18th.

The number 1 match between Travis Smyth and Jason Hong was all square at that time and when Costa nailed a 15 metre birdie putt on the 18th hole the match had been secured by St Michael’s with 4 games in.

The Women’s Division 1 sees Avondale against Concord, with St Michael’s against Ryde-Parramatta in Division 2. Play gets underway this Sunday morning with all contests taking part at the majestic Terry Hills Golf & Country Club.