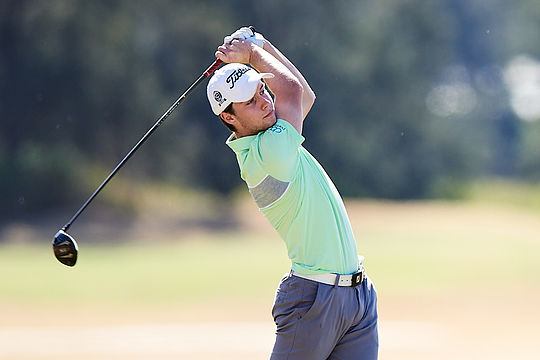 The St Michael’s team includes eight players from its 2019 winning team that won the club’s third flag in the last seven years in a cliff hanger of a final over Pymble Golf Club last September.

Pymble recorded a tie with The Australian (Red) team, with Concord (Silver) team securing an impressive 6-0 win over Monash. Avondale also recorded a strong 5-1 victory over Cumberland with Jye Pickin and William Bayliss recording impressive match win for their club.

Played from July to September, the competition is for female & male golfers who are 21 years of age and under. This year’s format sees an initiative from Golf NSW to include women golfers in the competition who play to a 80-85% reduced layout to their male competitors.

Named after one of NSW Golf’s pioneering greats, the Eric Apperly Shield is considered the State’s pre-eminent inter-club competition for elite junior Golf

The format sees two teams consisting of six individual matches compete over 18 holes of matchplay without the benefit of handicap.

This year’s competition will feature five preliminary round played within two sections, with two playing only 4 rounds and each section’s leading team progressing to the final series.

The preliminary final is scheduled for 16th August with the semi-finals the following week, cumulating in the final on the 30th August at a venue to be confirmed.