The 2018 Eric Apperly Shield has entered the business end of the series with St Michael’s Golf Club the undefeated top-seed of the tournament.

The Shield is a contest between the two Clubs consisting of Six (6) Individual Matches played over 18-holes of match play without the benefit of handicap. 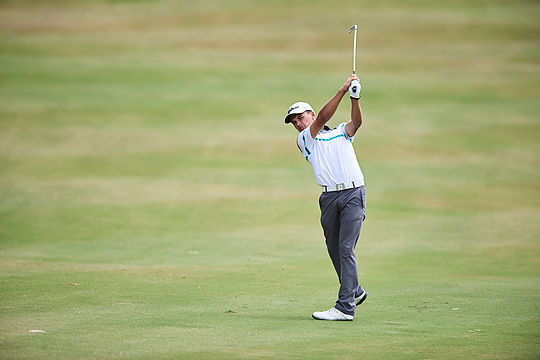 Male Club members who are 21 years of age and under as at the date of the first round of the competition or eligible to take part in the competition, which is made up with clubs from both the Sydney Metropolitan region and NSW Country.

Last Sunday at Cumberland Golf Club, St Michael’s was too strong for The Australian securing a 5½ to ½ win to take out Section 1 with an impressive 21½ to 2½ match series result.

The result marks St Michael’s as the club to beat with the majority of their six man team seasoned match play exponents, having played Division 1 Major Pennants for the club over the last three years, as well as internationally both in the USA and UK.

Also enjoying the weekend off is Bonnie Doon who took out Section 2 with a 18½ to 5½ match record having won all their four qualifying contests and Stonecutters Ridge who won Section 4. The two teams will contest the second Semi-final also at Windsor Golf Club with the Final being hosted at Twin Creeks Golf & Country Club 9th September.

Other players who finished the 4 round qualification series undefeated having played all 4 matches include Lachlan Chamberlain from Pymble, Curtis Burn from Bonnie Doon and Blade Gadd from Concord.

Last year Bonnie Doon accounted for ACT Monaro District with a 4-2 win for the Shield.