St Michael’s Golf Club has added another major flag to its ever expanding collection of titles with a 4½ – 1½ win over Avondale in the Golf NSW Eric Apperly Shield at Pennant Hills Golf Club in Sydney. 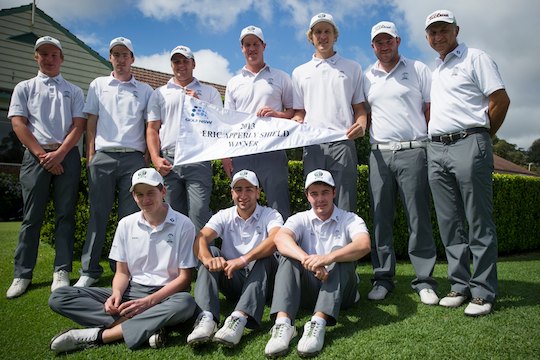 Jake Baker, playing number 6 for St Michael’s, found himself 1 down thru 5 holes early in the final and was forced to make a number of clutch up and downs to keep Avondale’s Isaac Noh at bay.

Baker took control of the match at the turn, bombing a 285m drive up hill on the 15th at Pennant Hills to set up a birdie and seal the first match 5&3.

As is the case in most inter-club match play encounters it is the team’s bottom order that sets the foundation for a win and when St Michael’s Tim Hyland, playing number 5, scraped through with a 1-up win over Corey Wittenberg, the vital second match had narrowly landed in St Michael’s favour.

Travis Smyth at number 4 for St Michael’s was quick to gain the lead in his match against Alex Henderson and hovered around 2 or 3 up most of the match.

Smyth’s pure ball striking had him at the equivalent of 3-under par when he finished his match on the 16th hole with a solid 3&2 victory. 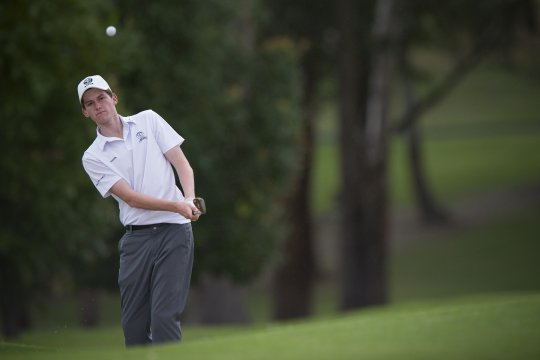 At this stage of the final, St Michael’s had secured three wins from the first three matches, yet Avondale’s top-order were not giving in.

Ryan Smith, playing number three for Avondale, pushed Shawn Cameron to the 18th after a stellar birdie win on the 17th.

The 18th at Pennant Hills is a tricky up-hill par 3 that requires anything from a mid to long iron depending upon conditions.

It was this hole that would prove a stern test as Cameron landed safely on the green after Smith had pulled his tee shot into a green side bunker.

It would prove the final’s turning point after Avondale’s number one, Matt Wittenberg had accounted for Ben Clementson, 5&4, and Harrison Endycott and Zac Mullins, playing number two, were all square in a terrific encounter on the 17th.

Smith was unable to get up and down Cameron had secured the vital 4th match and victory for St Michael’s.

This was a very close final between the seasoned St Michael’s team, which included members of the winning 2013 Division 1 Major Pennant team, against the upcoming Avondale lineup.

Avondale sits in Division 2 of the Sydney Major Pennant series, having narrowly missed claiming their sectional flag this season.

They are a club, like St Michael’s, that has invested heavily in junior development and with the fight and spirt Avondale displayed in yesterday’s final, the Club’s turn on the podium is sure to come.