St Michael’s and Monash Golf Clubs will do battle this Sunday in the finals of the delayed Men’s Metropolitan Major Pennant Final following this weekend’s two round semi-final qualification series.

St Michael’s, a ten-time winner of the Division 1 Flag, accounted for the defending flag holders NSW Golf Club in a tight encounter with the teams eventually separated by just one point in the two round series between the neighbouring Sydney clubs, who despite being close in proximity maintain their respective distance and have enjoyed a long rivalry of great match encounters. 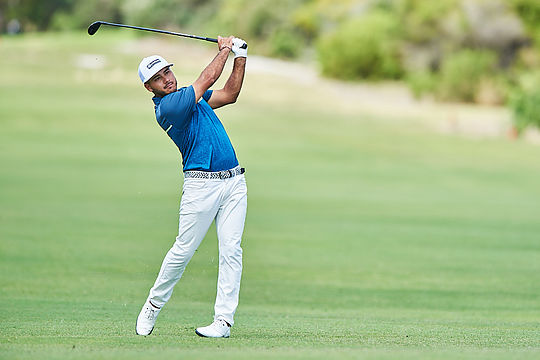 Daniel Kolar (pictured) played a pivotal part in securing the team’s final berth coming into the team at short notice having only recently returned from his four-year golfing scholarship at Washington State University to play in the number 3 position.

Harrison Crowe was another player to dominate in the semi-final series and his two wins at the number 1 position ultimately proved vital. Special mention also to the St Michael’s current club champion, Daley Loumaris, who playing at number 7, won his both matches nicely.

The last occasion St Michael’s won the title was in 2015 and the club will be looking to go one better than the runner-up finish against The Australian in 2017.

Monash last won the Division 1 Flag back in 2000 and only returned to the top division following winning Division 2 last year.

The Northern Beaches club accounted for Cronulla 9-5, with state player Nathan Barbieri steering his team into the final at the number one position.

Division 2 will see Twin Creeks against Penrith, with Division 3 being contested by Cabramatta and Cumberland. Strathfield will play Woolooware for the Division 4 flag and the Men’s Division 5 will be contested between Beverley Park and Roseville.

The Women’s Division 1 final will be between The Australian Golf Club and Concord with Avondale and Moore Park playing in Divison 2.

Traditionally played between February to April, the Sydney Major Pennants season was dislocated by COVID-19 restrictions which resulted in the Semi-finals and Relegation Contests being played in November.

The finals will be contested this Sunday at Riverside Oaks Golf Resort on the Ganguru Course.