Taylor Macdonald has stamped his card for the 2017 ISPS HANDA PGA Tour of Australasia season after taking out the final stage of Qualifying School presented by Cobra Puma Golf at the Sandhurst Club.

The Queenslander pulled away from the pack to finish outright first with a score of 17-under par after 72 holes. 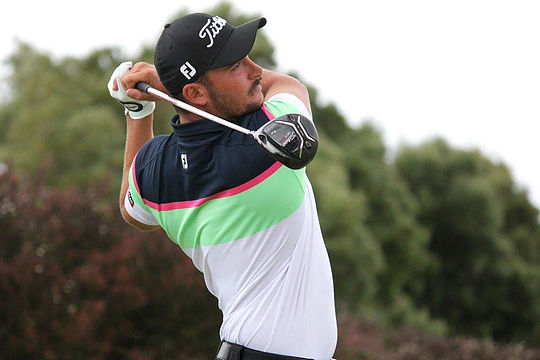 Despite being faced with wet and gusty conditions in the fourth round, Macdonald stuck solid to his game and didn’t take any unnecessary risks to extend his lead.

“It was very tough out there, but you can’t overpower Melbourne weather, I just had to play my game,” Macdonald said.

“It didn’t look great this morning, warming up on the range it was pouring and blowing, luckily enough it stopped by the time we teed off.”

By the time the leading group started play, conditions had died down, yet a strong wind remained and played havoc with most of the field.

Macdonald said while his driving has been good all week, his putting in round three set him up with a platform to take out the tournament.

“Getting up and down off the tee with my driver was really good all week and my putting in round three was really good, I’ve been putting great but yesterday they all just seemed to drop. That was the strongest part of my game this week.

“My coach Tony Meyer and I have been working mainly on walking from shot to shot, we haven’t worked on anything too drastic.”

His first place in the Qualifying School earned him a Category 7(a) exemption in to the 2017 ISPS HANDA PGA Tour of Australasia which sits just below winners of State Based Championships and above the career money category, a ticket Macdonald will use to gain entry in to the upcoming tournaments including the Victorian PGA Championship and Oates Vic Open.

“Next for me will be the Vic PGA and Vic Open, I’ll try and do the full year in Australia now I’ve got a guaranteed spot on the Tour.”

Earning a Category 10 exemption and finishing in respective order was Andrew Martin (13-under), Josh Younger (12-under), Christopher Wood (11-under), and Josh Cabban (11-under).

Players who finished sixth through to 40th plus ties receive Exemption Category 13.

Jordan Mullaney capped off a hat-trick of hole-in-ones at Q-School when he nailed the 200m par-3 6th hole using his 4 iron.