Spieth will tee-up at the Home of Golf for a first time as a professional looking to become the first player ever to capture the opening three Majors in a single season. 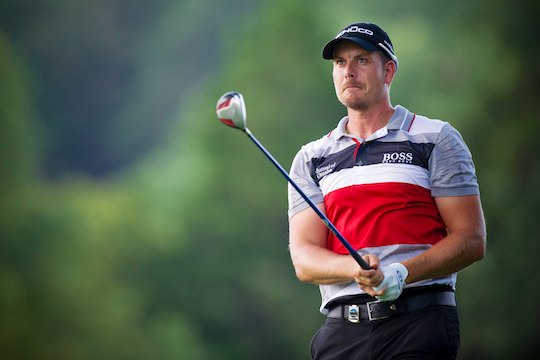 However Stenson, who shared the lead after the opening day last week at Chambers Bay, will be hoping his record not only on the Old Course at St. Andrews but in recent Open Championships could see him still become the first Swedish-born winner of a Major Championship.

In fact, next month’s Open Championship will be Stenson’s 10th appearance in golf’s oldest Major and with his best finish being runner-up to Phil Mickelson in 2013 at Muirfield, and three years after finishing third albeit eight shots behind South African Louis Oosthuizen at St. Andrews.

“I always look forward to going back to St. Andrews and the Old Course as I had a great time there in 2010 and while I played the Old Course first in the ’05 Open, I was just loving it in 2010,” said Stenson this week.

“I remember that I couldn’t wait to get back out onto the golf course in 2010, and then having finished runner-up two years ago it excites me that the next Major is The Open and at St. Andrews.

“I had finished third behind Padraig (Harrington) in 2008 at Royal Birkdale and then to finished second at Muirfield was also great.”

“And while I’ve been third in the past two PGA Championship’s, the Open Championship is extra special given it is the game’s oldest major.”

“I was pleased with how I started last week at Chambers Bay in the U.S. Open shooting a 65 but then the Friday 74 put me on the back foot and I just struggled from there.”

“So if I can find that extra 20% that is needed to win a Major, and I am sure given how much I do enjoy the Old Course, then this year’s Open hopefully will be extra good to me.”

Stenson also was generous in his praise of Speith, a player 18 years his junior and who has played the Old Course once in 2010 as a member of the USA Junior Ryder Cup team.

“Jordan is a fighter as he’s strong mentally and he won a tight race as it was a tight leaderboard going into the last day with four guys tied for the lead,” said Stenson.

“I listened to some of the commentating on the radio as we headed to the airport, and I heard Jordan made birdie on 16 and Branden Grace had hit it out-of-bounds but then Jordan then double 17 but came back and won with a birdie.”

“In a way the Chambers Bay greens were a big issue last week and it was a shame that Dustin (Johnson) three-putted the last from 12 feet to first have a chance to win but then not make the play-off.”

“So Jordan is a very round player and doesn’t seem to have many weaknesses, and while he doesn’t hit it the furthest he does keep it in play.”

“His wedge play and around the greens play is also phenomenal.”

“But hopefully with my knowledge of the Old Course and given I did play so well in 2010 and enjoy the course so much, maybe I could be the guy to deny him that record everyone is now talking about.”

“Though in the big picture I just want to be able to give myself a chance to win and whether it happens this year or next year, it’s all about trying to add that first Major to my resume.”

“But then I am sure there will be a lot of other guys heading now to St. Andrews also looking to do the same as me.”