Matt Stieger needed a kick start to his rookie professional year and that’s exactly what he achieved with a three stroke victory over the talented Daniel Nisbet in the NSW PGA Championship at Mt Broughton in the Southern tablelands of New South Wales.

Stieger fired rounds of 67-67-71-68 to finish at 15-under and in the process secure playing privileges on the Australasian and OneAsia Tour and a much wanted start in this week’s Australian Open at The Lakes.

“It’s a dream start for me,” says Stieger, the 2011 Australian Amateur Champion.

“To get a win after just six starts in the professional ranks is very satisfying. It also keeps me steady for the next year now with playing rights on the OneAsia and Australasian Tour.”

Stieger turned professional following his representation of Australia at the Eisenhower Trophy in Turkey back in October and has forged his way onto the PGA Tour of Australasia since his debut at the WA PGA Championship, only missing the cut once from six starts.

“I plan to go to Asian Tour School at the beginning of the year and hopefully work my way onto the US PGA Tour by 2017. That’s the plan.” 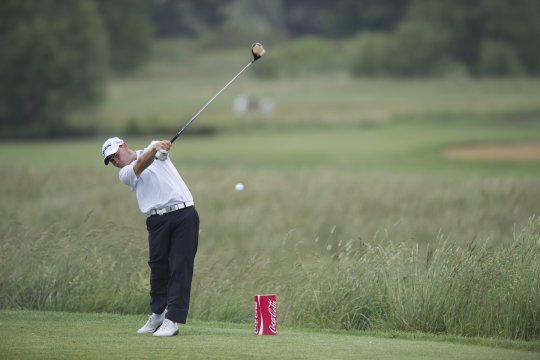 Matt Stieger follows his drive on the 12th at Mt Broughton during the final round of the NSW PGA Championship (Photo: Anthony Powter)

Prior to today’s win, Stieger was looking at the dreaded “Monday qualifier”, but with the victory at the NSW PGA Championship, Stieger need not worry about his place in the field at The Lakes.

The win at the NSW PGA Championship, a Tier 2 tournament, guaranteed his position in the Open field.

“I don’t have to pre-qualify in the morning, which is a massive bonus,” said Stieger, who also earned a two year exemption on the PGA Tour of Australasia and OneAsia Tour. 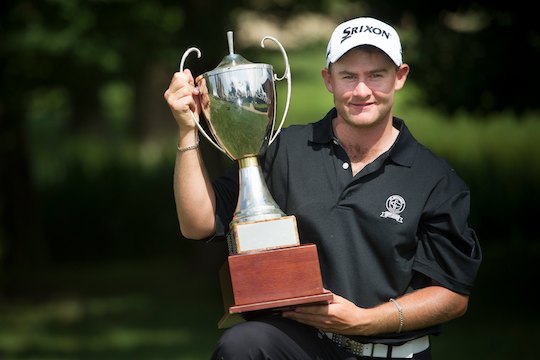 “I was a bit worried about getting into next week and then the PGA. Everything was still up in the air for the next year and I didn’t know where I was heading, so to come out with a win just solves a lot of problems.”

Stieger attributes a number of factors to his recent fine run of form, but is quick to point out the considerable work he’s done with his coach John Serhan at his St Michael’s base in Sydney.

“I played smart golf this week and I attribute that to John’s guidance,” said Stieger.

“This was a golf course where you can get too greedy and if you do that you can make 6 or 7 easily. We have worked hard on my mental side of the game and towards playing the percentages. That’s what I managed to do this week and the result shows.”

This championship was certainly not given to Stieger on a plate.

Daniel Nisbet may have finished runner-up, yet in the process confirmed why he also is one of our most promising emerging professional talents.

Nisbet missed a number of birdie opportunities with the putts falling agonisingly short of the hole during the middle stages of the round, which easily could have swung the momentum around.

When Stieger nailed a 4-foot birdie on the par-3, 16th, to move to a three shot lead with two to play for the title, the door closed on his good mate.

“Dan and I have had numerous battles over the years and more so this year,” said Stieger.

“His turn will come, but I was lucky to get this across the line. It was close right up to the final few holes, but when I made birdie on the 16th, it was great to have that space going into the closing stretch.”

Nisbet finished at 12-under par while South Australia’s Nick Cullen surged up the leader board on the final day to take third with a 67 to finish at 11-under.

New Zealand’s Ryan Fox and Kyle Grant shared fourth at 10-under and Callan O’Reilly joined Sweden’s Thomas Petersson and Daniel Popovic in sixth at 9-under.