Stieger currently sits inside the world’s top-20 at 18 and is Australia’s top ranked world amateur. 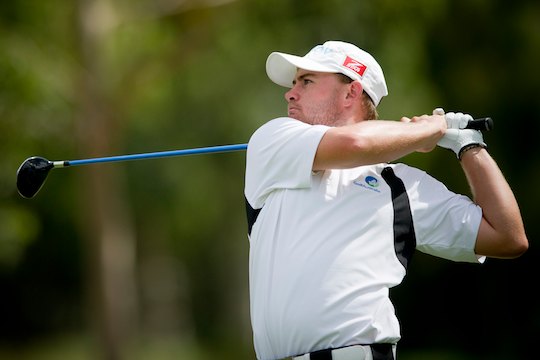 Stieger plays out the St Michael’s Golf Club in eastern Sydney and is coached by John Serhan. He commenced playing golf as a 10-year-old around Bellata Golf Club in Narrabri before moving to Sydney.

At the last National Trial Selection event in Melbourne Stieger finished runner-up at the Riversdale Cup after a 3-hole play-off with Nathan Holman and was also semi-finalist at the New South Wales Amateur.

The 1-up win over New Zealand’s Ben Campbell at the Australian Amateur Championship at Victoria Golf Club promoted Stieger to Tier-1 in the National Squad to be one of two players at that level along with Ryan McCarthy.

Stieger qualified as the number 3 seed for the match play segment of the Western Australian Amateur with medalist honours going to Ben Seward from Cottesloe Golf Club after Seward fired a 1-under-par four round total to win by a shot over Michael Dennis and Stieger.

Top-seed Seward was eliminated in the second round by Daniel Hoeve, 2&1, before Chow brought Hoeve’s first main championship aspirations to an end with a 4&3 win to set up today’s final encounter with Stieger.