Matt Stieger fired an opening round 4-under-par, 68, to be one stroke behind first round leader, Curtis Thompson, at the Western Amateur at Exmoor Country Club in Chicago.

Starting on the harder back nine, Stieger carded a solid 35 before closing with a 33.

It was a day where the 2011 Australian Amateur champion could have gone lower, with two closing lip-outs denying Stieger of a lower score.

“I had my chances to score low,” said Stieger.

“I have come into this event with some form. I played well in the UK, made the quarter-finals of the British Amateur, was 4th at the Scottish Amateur and last week qualified as medalist in a sectional for the US Amateur championship. So my game is there, just that the putts did not drop out there today.”

Stieger certainly looked in control around the Exmoor layout, which has hosted two former Western Amateurs and US Amateur championships.

“There is a lot of golf left this week, but to get off to the start like I had today makes it easier. I’m looking forward to it.” 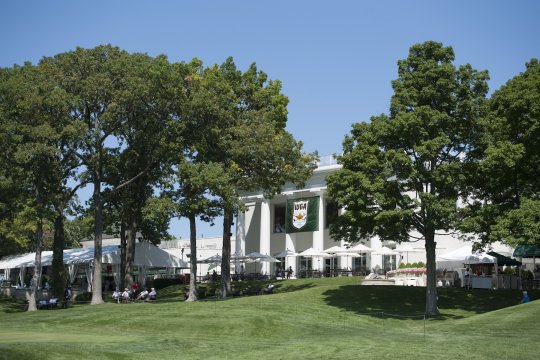 Dimi Papadatos is at even par in 29th place, well inside the desired low-44 plus ties second round cut mark.

Daniel Nisbet is also at even par, with a string of birdies late in his round getting the 2012 Players Amateur champion into another strong position at a major amateur event in the US.

Those who make tomorrow’s cut mark will play 36 holes of stroke play on Thursday, with the low 16 advancing to match-play on Friday.

Oliver Goss will be looking to get inside the cut mark, with the world number 27 currently in a tie for 46th position at 1-over-par along with Todd Sinnott.

Jake Higginbottom, Ryan McCarthy, Nathan Holman and Cameron Smith opened with a 3-over-par, 75, with all needing a low second round to make the cut.