Revitalised Australian Andre Stolz is determined to turn a recent run of impressive form into a second OneAsia title of the season at this week’s inaugural US$1 million 2011 The Charity High1 Resort Open presented by SBS.

The 41-year-old is revelling in a return to the professional ranks after an injury-forced absence of nearly three years with Stolz following up his victory at the season-opening Indonesia PGA Championship with back-to-back top 10 finishes in Korea and China. 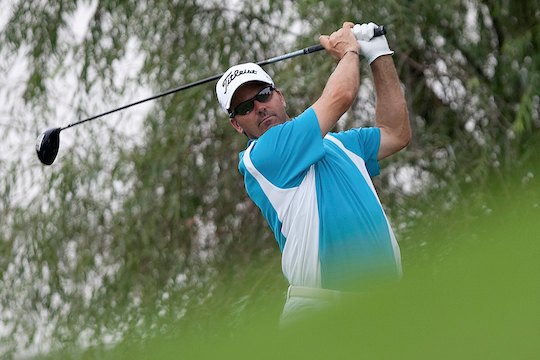 Stolz finished ninth at the SK Telecom Open before agonisingly missing out on the four-way play-off at the Nanshan China Masters at the start of June by a single shot, but could return to the top of the OneAsia Order of Merit with another strong showing at the spectacular High1 Country Club this week after already amassing over US$250,000 this season.

“I am really happy with my game right now, but I was a little disappointed with not winning the Nanshan China Masters,” said the former US PGA Tour winner, who has claimed eight titles worldwide since turning professional in 1992.

“I felt I played good enough to win, but missed several important putts during the week and that’s the difference between fifth and winning.”

After being forced onto the sidelines in 2005, the former Nationwide Tour and Japan Tour winner rejoined the PGA Tour of Australasia in 2008 and claimed his fourth title a year later at the Victorian PGA Championship.

His one shot victory at the Indonesia PGA Championship in March then announced his return to the top level, while Stolz’s recent consistency this season has further affirmed why he was rated as one of Australia’s finest players before his wrist problem.

“My only real goal every week is to try and play myself into contention for the final round and give myself a chance of winning,” he added.

“I am really happy with my new driver and how far it goes. It has given me the confidence that if I play well and things go my way, I can still win anywhere in the world.”