While the season has yet to finish, Andre Stolz has done enough already to take out back-to-back SParms PGA Legends Tour Order of Merits following his two-shot win at the Sunshine Coast Masters.

The 52-year-old fired rounds of 65 and 69 to claim the $25,000 tournament at Twin Waters Golf Club on Queensland’s Sunshine Coast. 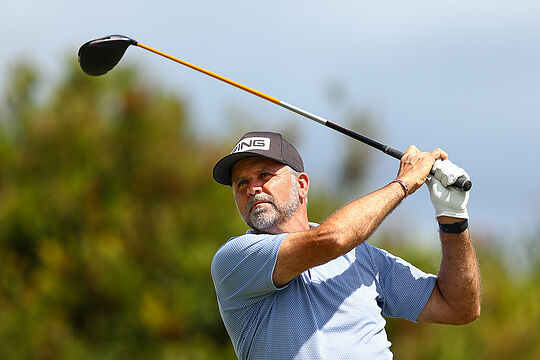 “The course was great and although we had two stoppages due to the storm I managed to keep my concentration and finish off a good round,” said Stolz, who has won a total of $80,889.24 and holds an unbeatable $32,000 lead over Peter Senior in the Order of Merit race.

Queensland’s Nigel Lane was outright second on 8-under followed by John Wade and Richard Blackwell in a share of third place on 6-under.

Peter Senior shared 6th on 3-under while Ian Baker-Finch knocked off the rust in 24th place on 4-over.

The Legends Tour season wraps up at the Australian Legends Tour Championship at Headland Golf Course on Wednesday.