US Ryder Cup captain, Steve Stricker, has named two more vice-captains for this year’s Ryder Cup to be held in late September at Whistling Straits in Wisconsin.

Stricker, who also captained the US team to Presidents Cup victory in 2017, has added Zach Johnson and Davis Love III to his vice-captains team to work alongside the previously announced Jim Furyk. 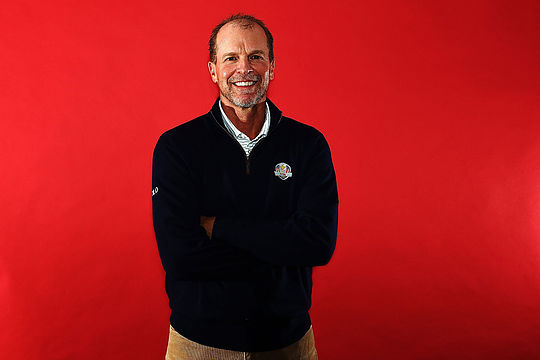 Further vice-captains will be announced at a later date.

“With the Ryder Cup it’s important to surround yourself with quality individuals who you can lean on and who have the best interests of the team in mind,” said Stricker.

“Jim (Furyk) and I have talked about this a lot in the last year and now we are happy to add two Ryder Cup veterans in Zach and Davis to the conversation with the goal of putting this team in a prime position to win.”

“Both Zach and Davis share a passion to compete at the highest level and are strong communicators, which is important, especially when we’re in the heat of competition.”

Johnson, a two-time major champion, is no stranger to the Ryder Cup having played in five tournaments from 2006 to 2016 and served as a vice-captain at Le Golf National in 2018. Following a loss in 2012, Love lead the US to Ryder Cup victory in 2016, and played in six Ryder Cups.

“Steve has been such a consistent presence on this team, both as a player and as a Vice Captain, and now it’s his time to lead.” Love said. “He has a terrific vision for what he wants our U.S. Team to not only accomplish, but represent, all year long. I’m confident in the program he has in place and am anxious to get to work.”

While the US battles with the coronavirus, the PGA and European Tour heads are hopeful that the Ryder Cup’s late September timeframe will enable it to be played this year even if it is without crowds.

The European Tour in particular relies heavily on the cash injection from the tournament and is already suffering financially following numerous postponements and cancellations on its schedule.