It’s fair to say United States captain Jim Furyk has called in the ‘big guns’ in his efforts to retain the Ryder Cup when he heads for Paris later this year.

Furyk has named Tiger Woods and Steve Stricker as his vice-captains for the 2018 Cup when the Americans head for Le Golf National in September. 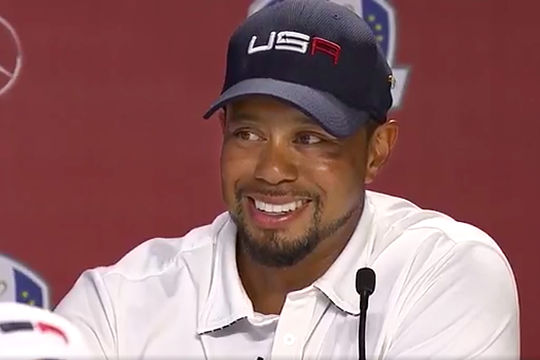 Furyk knows the enormity of the task in keeping Europe at bay on their home shores, after the US beat Europe at Hazeltine in 2016.

Stricker and Woods join former captain Davis Love III, who has already been named one of Furyk’s assistant captains.

It should also be pointed out that Woods has not given up hope of qualifying for the team on his merits and certainly he took the first steps towards that with his efforts in last weekend’s Honda Classic.

Although he did admit the previous week after he missed the cut at the Genesis Open at Riviera that he would be open to playing a supporting role as vice-captain of the US team.

“To win in Paris will be a great challenge,” said Furyk.

“To have Steve and Tiger share the journey is important for me…and for American golf.”

“Their knowledge and experience will be an invaluable resource in our effort to retain the Ryder Cup.”

Furyk is expected to name additional vice-captains at a later date.

Woods will be making his second appearance as a vice-captain after also serving as an assistant to Love in the 2016 victory alongside Furyk, Stricker and Tom Lehman.

“I’d like to do what’s best for Tiger,” said Furyk.

“If he could be valuable as a player, I’m sure we would want him playing on this team but I’m anxious to see how he plays this year.”

Stricker is appearing for the third time having also served as an assistant to Tom Watson during the defeat at Gleneagles in 2014.

The US have not won in Europe since 1993 at The Belfry and face a European team led by Denmark’s Thomas Bjorn, who was appointed captain in December.