The Western Amateur begins this week at Exmoor Country Club near Chicago and is regarded for being one of the toughest tests in amateur golf. It has been a prestigious national championship since its founding in 1899.

This year six Australians will start in the selective 156 invitees with Andre Lautee, Hayden Hopewell, Connor McKinney, Karl Vilips, Harrison Crowe and Jeffrey Guan, who is coming off an excellent result last week at the US Junior Championship all flying the Aussie flag. 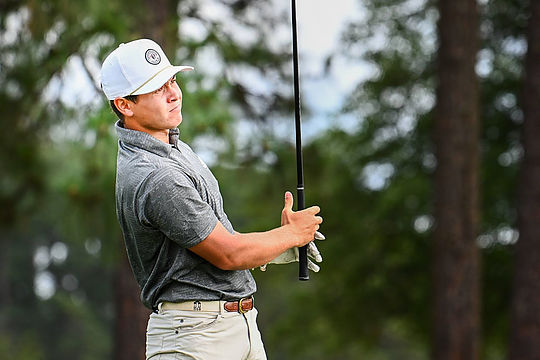 Without doubt this is one of the toughest championships to win.

The tournament will open with two qualifying rounds of strokeplay from which the field is cut to low 44 and ties. A further 36 holes of stroke play to qualify for the ‘Sweet Sixteen’ who then commence elimination match play on Friday with the champion determined come Sunday.

With a history dating back to 1896, Exmoor Country Club is one of the most storied clubs in the greater Chicago area and since 1903 has hosted 18 Western Amateur Championships.

A review of tournament’s history reveals the depth of its fields over the years. The Western Amateur’s ‘Sweet-16′ have seen 38 players go on to win 90 majors. Three players – Jack Nicklaus, Tiger Woods and Tom Watson – account for 41 of those victories. Twenty-five players have won a single major including Aussie Adam Scott who made the ‘Sweet Sixteen’ at the Western Amateur twice in 1998 and 1999.

Bronson La’Cassie is the sole Aussie to win the Western Amateur, a feat he achieved in 2006 at Point O’Woods Golf & Country Club, and James Nitties finished runner-up to Ryan Moore in 2004. Aron Price took medallist honours in 2003 to round out the best of the Australian results.

The Champions list is nothing short of impressive with the likes of Tiger Woods, Justin Leonard, Phil Mickelson, Hal Sutton, Ben Crenshaw and the great Jack Nicklaus to name a few.