Dylan Perry, runner-up at this year’s British Amateur, is coming off a strong international season as is Travis Smyth, who is competing for the third successive year, and Harrison Endycott. Smyth and Endycott are the highest-ranked competitors in the field. 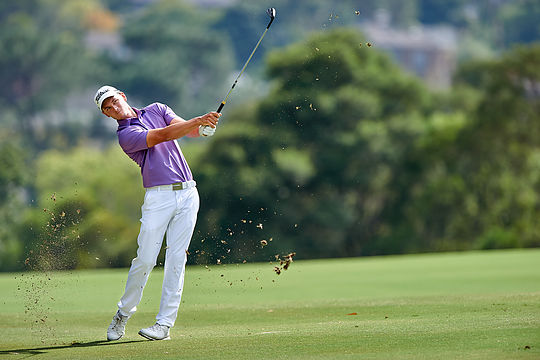 There is much at stake for the 120 competitors with the champion earning spots in the 2018 Masters Tournament and, for the first time, the Open Championship. The runner(s)-up will earn a place in The Open Qualifying Series.

Invitations for the championship were sent to the leading players from the 41 Asia-Pacific Golf Confederation affiliated organisations. Each organisation is automatically provided with two positions, which are to be filled by their highest-ranked players from the World Amateur Golf Ranking.

The remainder of the field is filled by taking the next highest ranked players from the WAGR with the maximum number of players allowed from any organisation being six, which Australia has fielded.

New Zealand being the host nation will field ten competitors.

Nick Voke, ranked 44th in the world heads the Kiwi lineup following a stellar collegiate career with Iowa State University. Voke is already through to the second stage of qualifying for the secondary Web.com Tour and certainly has the game and experience to take this event out.

Daniel Hillier (67) and Ryan Chisnall (81) are the next best world ranked New Zealanders followed by Denzel Ieremia, Henry Spring and Charlie Hillier. In total five New Zealand players have returned from the US collegiate system to compete this week in Wellington.

The tournament format sees 72-holes of stroke play. A cut takes place after 36 holes for the leading 60 players plus ties. In the event of a tie after 72 holes, the winner is decided by a sudden-death playoff.

Heading into its ninth year, the tournament has traditionally been a showcase for the region’s most promising talent. World No. 3 Hideki Matsuyama of Japan won it twice in 2010 and 2011, the latter victory coming at the Singapore Island Country Club.

Australia has also been very successful in the recent history of the tournament.

It’s the first time New Zealand has hosted the tournament and no expense has been spared. TV coverage will be shown live to 160 countries with top golf analyst and former PGA pro Frank Nobilo in the commentary box.

Royal Wellington and tournament organisers – a powerful joint venture between The Masters and the Royal and Ancient Golf Club – have given the layout every attention to detail and it promises to be a corker of a tournament.