Triple Major winning Vijay Singh has found himself at the centre of a social media storm with his decision to tee-up mid next month in a secondary PGA Tour event close to his home in Florida.

The tour is set to resume play from June 11th to 14th with the Korn Ferry Challenge at TPC Sawgrass where seven weeks ago on March 12th the PGA Tour’s flagship Players Championship was cancelled. 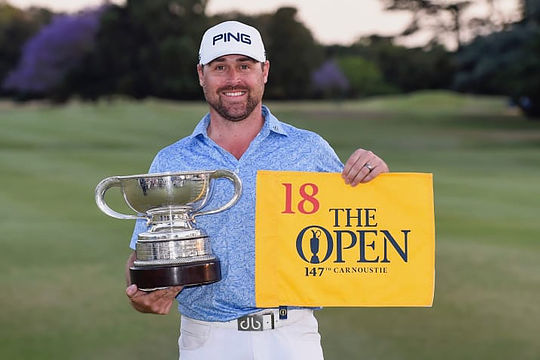 But the now 57-year old and 64-time worldwide winner has ruffled a few feathers in entering the $US 600,000 event.

In a since-deleted tweet, Brady Schnell, a 35-year old Indiana-born player, took Singh to task, posting: “Hey @VijaySinghGolf you are a true piece of trash if you except money playing in a Korn Ferry Tour event and I’ll say it right to your face.”

“Do you know how much those points and money could do for a young kid? He’s a complete turd for playing. He’s got his money and he’s got his career. Just wait another month and roll with your senior friends.”

Schnell had participated in all six Korn Ferry events this year from mid-January to mid-March missing five of six cuts.

He earned a full PGA Tour card for the first time in 2018 but was forced to drop back to the Korn Ferry Tour after making just six cuts in 21 PGA Tour starts last season.

Schnell’s clear beef with Singh is the greying Fijian is lying fourth on the all-time PGA Tour money-winning list with some $US 71.2m and is taking the place of someone like Schnell who needs the money having pocketed just $US424,456.

Schnell won support from Alex Carper, a Nebraska Assistant Pro, who also has pulled his tweet.

Carper said: “Ordinarily this thing should not be an issue, if he wanted to play for less money the KFT, has compared to the Champions, however I think with the COVID crap they maybe should do a little amending…maybe you could have a putt-off with him, I like your chances.”

Schnell responded to Carper: “I’ve said my piece (sic),” Schnell wrote. “Whether you agree or not, I am just trying to protect the money AND the valuable points for every player on the tour that needs them to move on to the PGA Tour. There is NO point to him playing.”

Mickelson said: “It’s no secret VJ and I aren’t close but I’d like to say on his behalf that in addition to being a member of the Hall of Fame, he’s a big part of the PGA Tour’s success which financially subsidises, and always has, the Korn Ferry Tour.”

“He has earned the right to play when and where he wants.”

The PGA Tour has not commented on the matter.

It seems the Tour may have stepped in overnight and Schnell issued the all-too-familiar social media apology the following day.

“Yesterday I said some disrespectful things towards @VijaySinghGolf and for that I am truly sorry! A different approach should have been taken in order to get my point across. I will learn from this and be better! I’m looking forward to getting back to work and playing some golf.”

Judging from the tone of his online posts, it won’t be the last time he is forced to issue an apology.