Three of the biggest names in Australian golf- Jason Day, Marc Leishman and Cameron Smith – have been confirmed for the 2019 Emirates Australian Open.

The trio will line up to secure their first Stonehaven Cup in Sydney from 5-8 December at The Australian Golf Club, which is set to host the tournament for the 21st time. 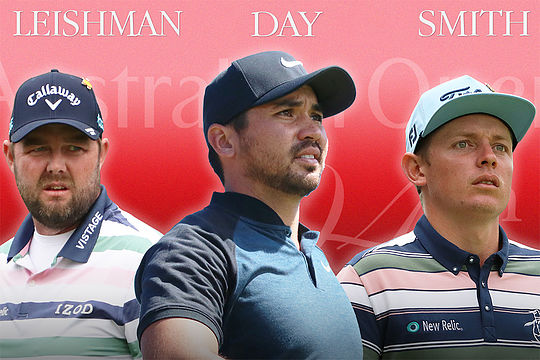 “It’s the tournament we all grew up watching and I’ve said before that I want to win a few of them, so there’s no better time to start than December,” said World No.23 Day.

“I nearly got one at The Australian a couple of years ago and it’s a course that really sets up well for me.”

Leishman, who along with Adam Scott will contend the season-ending TOUR Championship at East Lake this week, is looking forward to playing in front of the enthusiastic local crowds.

“It will be great to have the big crowds supporting us again. I know all the guys are dead keen to win the Aussie Open, so we’re all pumped to get back to Sydney.”

Smith, a two-time Australian PGA champion and runner-up at the Australian Open in 2018, is looking forward to going one better this year.

“I’ve been really close and it’s something I would love to win,” Smith said.

“I know it’s going to be a great field, plus it’s a great rush playing in front of your home crowd.”

While Smith and Leishman are already qualified for the Presidents Cup in Melbourne the week following the Australian Open, Day is yet to be confirmed as part of the team but is expected to be chosen by Ernie Els as a Captain’s Pick.

Adam Scott is also expected to play in Sydney given he will also be in Australia for the Presidents Cup, however an official announcement has yet to be made.

Scott won the Open title in 2009 along with the Australian Masters (2012, 2013) and the Australian PGA (2013). He narrowly missed the “triple-crown’ in 2013 going down to Rory McIlroy at the Australian Open with a final hole bogey.