American Hudson Swafford has secured his third PGA Tour title taking out The American Express with an impressive final round 8-under-par 64 to come from three back and score a two shot win in California. It was his second American Express title having won in 2017.

Swafford, 34, had six birdies in an eight-hole stretch to take the lead with six holes left. He followed a three-putt bogey on the par-3 13th with a birdie on the par-4 14th for a 2-stroke lead.

A dropped shot on the 15th had Swafford in a tie with Brian Harman but an eagle on the 16th followed by a birdie on the next hole opened the door for the victory.

“It was a great back nine,” remarked Swafford after his win.

“An eagle and five birdies a lot more good than bad this is a special one you know, my third win, it’s special. I kept my head down coming in and got the victory. I’ve fallen in love with this place and this is my 8th year and I enjoy the course. It just clicks and I see the lines on the greens so I’ve a lot of confidence and good memories here.”

Swafford’s only other PGA Tour win came at the Corales Puntacana Resort and Club Championship in 2020. He earns 500 FedExCup points for today’s victory and moves to No. 7 in the season-long FedExCup standings. 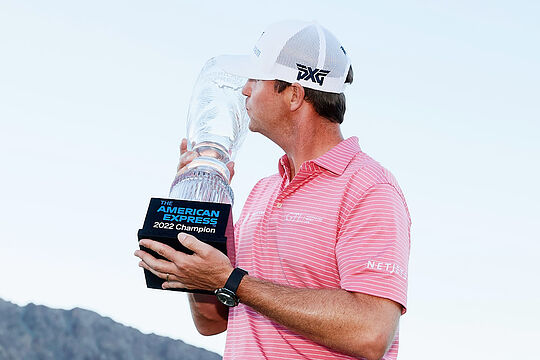 Jason Day finished the best of the Australians in a share of 49th position, a final round 70 moving him ten places up the leaderboard. Brett Drewitt missed the cut and was the only remaining Australian in the field.

The PGA Tour moves to Torrey Pines for the $8,400,000 Farmers Insurance Open, which Day has won twice in 2015 and 2018 and Marc Leishman in 2020. Patrick Reed is the defending champion after winning a six-way playoff last year.