Sweden has edged out Team USA for their third Espirito Santo trophy following a tense final day of the Women’s World Amateur Team Championship at Golf de Saint-Nom-La-Bretèche in France.

The Swedes and USA both finished on 13-under and were only able to be separated by a one stroke difference in non-counting scores between Sweden’s Louise Rydqvist on 1-over 73 and America’s Rachel Kuehn on 74. 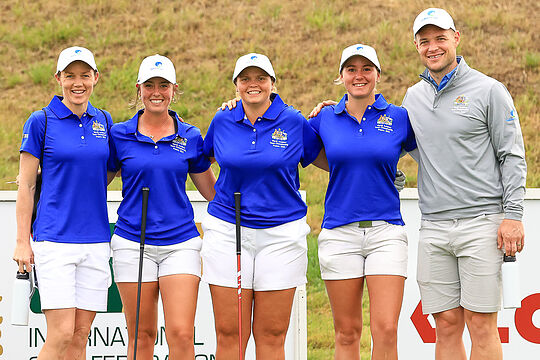 Germany and Japan tied for third place on 12-under while the Australians dropped three shots in the final round to fall from 9th to 14th place in the final wash up.

“I’ve enjoyed it. It’s been really good,” Rudgeley said after her round. “It’s my first World Amateur, but I think the girls have done pretty well. It was an awesome two golf courses but they’re pretty tough. Good luck to the boys.”

“I haven’t got a lot coming up in the next few months but I’ll hopefully have the Asia-Pacific Amateur (to be played in Thailand in October) and the Aussie Open.”

Next up for the Australians will be the trio of Connor McKinney, Hayden Hopewell and Harrison Crowe, who will fly the Aussie flag at the World Amateur Team Championships beginning on August 31 in Paris.