The 2018 Sydney Major Metropolitan Finalists have been decided following the weekend elimination semi-final encounters across Sydney.

Bonnie Doon will play New South Wales in the Men’s Division 1 final after the Doon accounted for last year’s flag winners The Australian, 4&3, in a cliffhanger of a match. Jack McLeod scored the decisive match win for the Doon at number three, accounting for Tom Heaton on the 18th hole to elevate his team into the final. 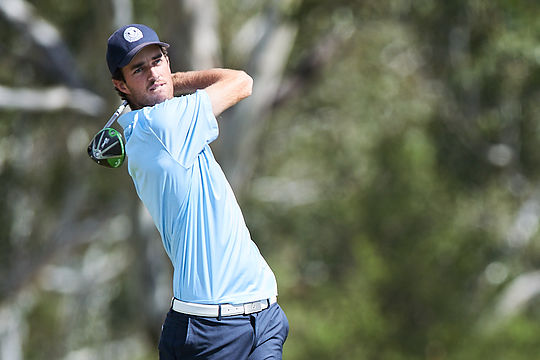 Earlier Kurt Burns secured the vital opening win for the Doon at number 7 with a 1-up win over Jeffrey Guan and when Ethan Kean made light work of Ethan Chambers with a solid 5&4 win at number 6, followed by Andrew Cinelli’s, 2&1, win over Edmund Brownlow, the Doon had already secured three of the seven matches.

Yet season pennant stalwart and The Australian’s Captain, Nick Crews put on a masterful display of power driving and crisp iron play to win over Josh Bell, 3&2. Crews was undefeated all season and was instrumental in getting his team to the final series following four players from the winning 2017 Australian team moving on.

The Australian’s top order also secured wins with Nick Fuller defeating Jeremy Fuchs, 5&4, and Blake Windred who was another standout performer for The Australian this season, accounting for James Grierson, 3&2.

In the other semi-final, New South Wales overcame last year’s finalists St Michael’s with a 5&2 victory with NSW’s bottom order of Andy Lee and Shaun Cameron securing early wins followed by Zinio Garcia at number 4 to give their team a three match margin early in the contest to set the stage for the win.

John Lyras at number three for St Michael’s secured a 4&3 win whilst Aidan Powter at number 5 and Harrison Crowe in the top order match were both locked in a solid battles against their opponents Harry Doig and Michael Lambert, yet their matches would be declared halved after NSW secured the vital 4th match win.

In the relegation final, Pennant Hills and Bankstown will remain in the top division after accounting for Cabramatta and The Lakes.

Division 2 will see Castle Hill and Cronulla advancing to the final and moving to the top division for 2019 following victories over Penrith and Cromer. Division 3 sees Massey Park and Glenmore Park fighting for the flag, with Brighton Lakes and Campbelltown contesting the Division 4 final. Division 5 sees Springwood against Kareela.

The Finals will be contested at Terry Hills Golf & Country Club in a fortnight on Sunday 8th April.