The 2016 Sydney Major Pennant series commenced on the weekend as clubs battle for the prized division flags on offer.

This season has not only seen a revamped format but a drop in number of clubs competing, with Division 5 being reduced to only two Sections reflective of the struggles which many smaller clubs on council layouts are currently facing. The second major change is a move by Golf NSW to have the ‘Reserve’ match dropped from this competition. 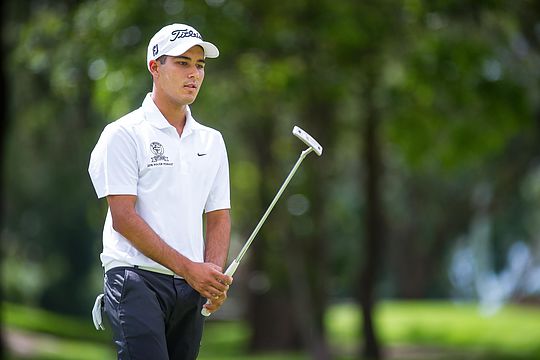 Many a young promising junior later went on to play national and international golf having cut their teeth playing reserve, a slot utilised buy a number of clubs as an ‘induction’ position to groom players for the team proper.

In an age where the sport in Australia has taken a number of hits with reduced participation numbers, golf clubs closing down and interest in the sport waning, removing the reserve position from the Sydney Major Pennant series does nothing towards promoting the game and giving valuable experience to younger players aspiring to gain valuable match play experience.

Many clubs have voiced their concern privately about the modification, not to mention the missed opportunity for the next wave of national and international players who need to be exposed to the values of match play competition as early as possible.

Yes cost and tee spot availability, particularly at those clubs on council owned courses dealing with competitive pressures, would have played a consideration towards dropping the reserve position but at what cost towards player development?

Results over the weekend in the top division had defending Division 1 title holders St Michael’s secure a solid away 4½-2½ win over North Ryde with State player Daniel Kolar (pictured) playing the top position replacing Travis Smyth, who was competing in the Victorian Open.

Another impressive outfit is The Australian who, through an extensive recruitment campaign, have sourced Kevin Yuan, Blake Windred, Isac Noh and Ricky Kato. The Australian disposed of a former powerhouse club, Moore Park, with a 6-1 win in Section 3.

Concord sees itself in Section 4 against former flag winners Mona Vale, new comers Ryde-Parramatta and another club who has embarked on a active recruitment campaign, Avondale. This is arguably the toughest pool in Division 1 and the winner of this section certainly will be battle-ready come the semi-finals in March.

Six rounds will see the preliminary section competed with the top-ranked club on points progressing to the semi-finals for each division starting 20 March at the same time as relegation matches, with the final to be held 3 April at the magnificent Terry Hills Country Club.