New South Welshman Andrew Evans has closed out a difficult 2021 campaign by taking out medallist honours at the Japan Tour Q-School event in Miyazaki on Japan’s southern Kyushu island.

The 35-year-old, who celebrates his birthday later this week, took out the ¥1,000,000 (AUD$12,290) first prize following a final round 7-under 65, which included eight birdies and left him one stroke ahead of the field on 8-under. 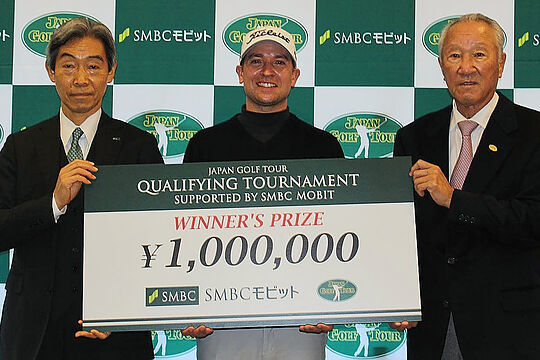 “I hit the ball better today than I did the first three days. I had good preparation on the practice range this morning, and I changed my mindset about golf, or rather, my mindset to relax a little bit, and that led to this result.”

“I knew that if I didn’t attack, I wouldn’t be able to get to the top, so I tried to attack all week and not worry about the score,” said Evans, who opened with rounds of 73, 70 and 72 before his sudden form reversal.

The Sydney-sider turned pro in 2009 and has been competing in Japan on both the main tour and the feeder Abema TV Tour since winning the Queensland Open in mid-March this year.

Prior to his current stint in Japan, the Bonnie Doon native had competed in several JTGO events in 2018 and 2019 along with the Australasian and China Tours.

While Evans is happy to have secured his immediate future, he, like many other touring Aussies, is very keen to get back on home soil.

“Very excited to have won the final stage of Japan Qualifying school to gain full status on the Japan Tour for 2022. Arriving in Japan in April I was originally just going to be up here for 3 months but it quickly turned to 8 months! Very keen to head home!” said Evans on Instagram.