Bonnie Doon took out Section 2 with a 18½ to 5½ match record having won all their four qualifying contests and were too strong in the semi-final encounter against Stonecutters Ridge winning 5-1 to set up its second finals appearance in as many years. 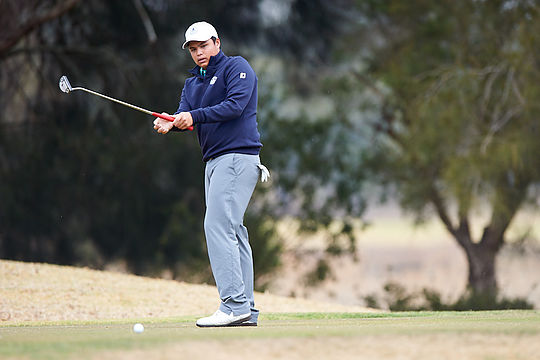 Josh Bell (pictured) has been a leading force for the Bonnie Doon team and was a member of the 2017 winning outfit. Bell played solid golf around a dry and bouncy Windsor drought affected layout to lead his team to the finals.

In the other semi-final Concord accounted for a lack lustre St Michael’s outfit which simply did not fire on the day after a series which saw the St Michael’s team take out Section 1 with an impressive 21½ to 2½ match series result to enter the finals as the top seed.

Concord had made the finals as the forth seed with a 18½ to 5½ match record in Section 3 and were able to rally with a number of their top players absent to account for St Michael’s.

The Shield is a contest between the two Clubs consisting of Six (6) Individual Matches played over 18-holes of match play without the benefit of handicap. Male Club members who are 21 years of age and under as at the date of the first round of the competition or eligible to take part in the competition.

The final will be contested at Twin Creeks Golf Club in Western Sydney this Sunday starting at 7.00am.