Japan’s Hideto Tanihara closed with a 1-under 69 to finish the double season on the Japan Golf Tour with a two-shot victory over Yusaku Miyazato in the Golf Nippon Series JT Cup, a limited field consisting of the top 30 players from the money list and that season’s tournament winners.

Tanihara, 43, was victorious for the second time in three weeks after winning the Mitsui Sumitomo VISA Taiheiyo Masters, giving him sixteen career titles in Japan. He moves to 130th in the world rankings but some way off his best of 47th in 2017. 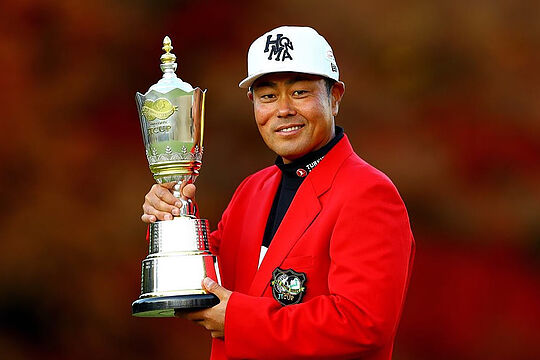 He began the final round a solo leader and was pressed by Tomoyo Ikemura who at one stage took the lead before Tanihara made a string of three birdies on the way in and closed with a great par save on the last to close out the title.

Takumi Kanaya, the former world No. 1 amateur, birdied the the 18th hole to finish alone in third. The result is projected to be enough for him to finish the year at No. 50 in the world and earn a spot in the Masters.

As for the Order of Merit race, South Korea’s Chan Kim took the crown by keeping the No.1 position. He is the second international player to achieve this honour following David Ishii in 1987.