Japan’s Hideto Tanihara overcame a four-shot deficit to end a 12-month winless run on the Japan Tour with the successful defence of his Golf Nippon Series JT Cup on Sunday.

Tanihara, 44, carded five birdies to close with a five-under-par 65 at the Tokyo Yomiuri Country Club for a winning total of 12-under-par for a stroke victory over fellow countryman Hiroshi Iwata and American Chan Kim. 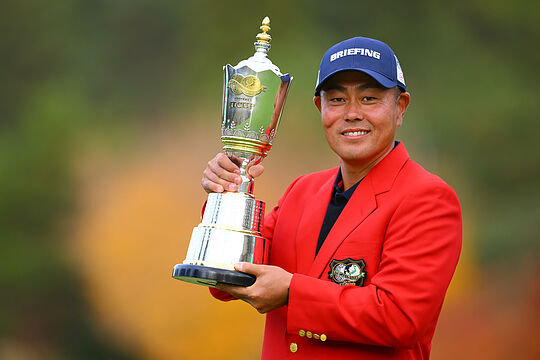 “I waited, thinking that there was nothing to be done even if it was a playoff. My golf is not bad, so I thought I had a chance at today’s green speed. I’m happy to win the last game of the season.”

Tanihara has made over 500 starts in professional golf with more than 120 top-10 finishes. He’s also part of the LIV Golf system with his best result in the 2022 season a 17th at the Portland Invitational. Tanihara was captain of Team Torque GC with fellow Japanese players Yuki Inamori, Ryosuke Kinoshita, Jinichiro Kozuma, all of whom had been regulars up until they were cut from the roster leading up to the Boston Invitational.