When thinking about the field for this year’s World Cup, the team of Hideki Matsuyama and Ryo Ishikawa is quickly rising to one of the favourites when the event heads to Kingston Heath Golf Club in November.

Matsuyama and Ishikawa, both 25 years or younger, are both widely popular in their home country of Japan. While Matsuyama is playing better than possibly any player in the world over the last several weeks, his partner is currently working his way back from injury. 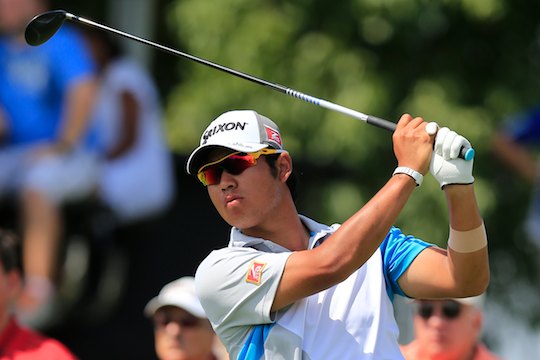 Thanks to stellar play from Matsuyama during the 2015-2016 PGA TOUR season that included his playoff victory over Rickie Fowler at the Waste Management Phoenix Open, combined with a sizzling start to the 2016-2017 campaign that has included a runner-up finish at his first start at the CIMB Classic in Malaysia as well as his third PGA TOUR victory at the World Golf Championships-HSBC Champions to add his win at the Japan Golf Tour’s Japan Open, and you can see why it’s 24-year-old Hideki Matsuyama who tops the field at No. 6 in the current Official World Golf Ranking.

Before setting his sights on major championships in 2017, however, Matsuyama is excited to team with Ishikawa in the World Cup of Golf.

“I’m really looking forward to the World Cup of Golf. Anytime you get the opportunity to represent your country, it is a great honour. I’m looking forward to playing well and hopefully we can team together for a victory,” Matsuyama said.

Ishikawa brings World Cup of Golf experience to the team after debuting in the event three years ago, finishing in a tie for third place. Meanwhile, Matsuyama will represent Japan for the first time in the event.

“Right from the start, I was hoping Ryo would be recovered from his injury and able to play,” said Matsuyama, who recently won the Japan Open. “There was no second choice; I am looking forward to playing with him.”

Matsuyama and Ishikawa pose a formidable partnership, combining for 22 victories worldwide. The duo is hoping their skills will complement each other well in hopes of winning Japan’s third World Cup of Golf title, and their first since Toshimitsu Izawa and Shigeki Maruyama claimed the trophy in 2002.

“We probably should be a good pair because our games are so vastly different, so hopefully we will do well,” Matsuyama said.

“Hideki plays totally different from the way I do,” added Ishikawa. “His ball striking is awesome, whether it’s the driver, which he always keeps on the fairway, and his irons are always perfect. He’s a much better player in the long game. However, my short game is my strong point, so it could be a good combination.”

With Ishikawa back in the winner’s circle, Matsuyama remaining a consistent commodity on the PGA TOUR and Japan preparing to host the 2020 Olympic Games, which will again feature golf, Japanese golf fans are eagerly anticipating their nation’s involvement in the World Cup of Golf.

“Izawa and Maruyama inspired me when they also won the World Cup,” Ishikawa said. “Japanese golf fans are excited to see Hideki and I team up, and we look forward to trying to win the World Cup against some of the strong teams like Australia and the United States.”