The Solheim Cup, the prestigious United States vs. Europe women’s golf tournament, starts later this week in Ohio where the 12 best American and European ladies compete for the honour of international victory.

There are three days of play with the first two days, including foursome matches in the morning and four-ball matches in the afternoon. On the final day, there will be singles matches. 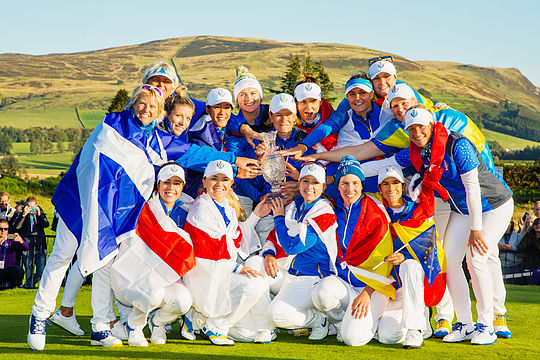 Team USA includes Nelly Korda who is enjoying a stunning season moving to No.1 on the Rolex Women’s Rankings and winning Olympic Gold after destroying the field in Tokyo. She also won back-to-back events in the Meijer LPGA Classic with a 25-under-par total and her first major, the KPMG Women’s PGA Championship, with a 19-under total score.

Korda is supported by World No.5 Danielle Kang, who is a strong competitor in the Solheim Cup having been a member of the 2017 and 2019 teams racking up a 5-3-1 record. Other USA team members of note include Lexi Thompson who has qualified for her fifth Solheim Cup, Ally Ewing, Austin Ernst, Jessica Korda and Lisette Salas.

Team Europe includes Denmark’s Emily Kristine Pedersen, England’s Georgia Hall who has enjoyed a good run of form recently including a share of 6th place at The Evian Championship and tied 2nd at the 2021 British Women’s Open.

Last year’s British Women’s Open champion Sophia Popov will make her Solheim Cup debut and will be joined by England’s Charley Hull and Spain’s Carlota Ciganda, who will both be making their fifth appearances in the competition.