New Zealand’s Lydia Ko cashed in big time at the season-ending CME Group Tour Championship at the weekend, collecting the largest payday in women’s golf history by winning the $1 million ‘Race to the CME Globe’ bonus along with the $500,000 first place cheque in the Tour Championship in Naples, Florida on Sunday.

The 17-year old locked up the $1 million season-long bonus with a total of 10-under and went on to win the tournament proper after a four-hole playoff battle with Paraguay’s Julieta Granada and Carlota Ciganda from Spain. 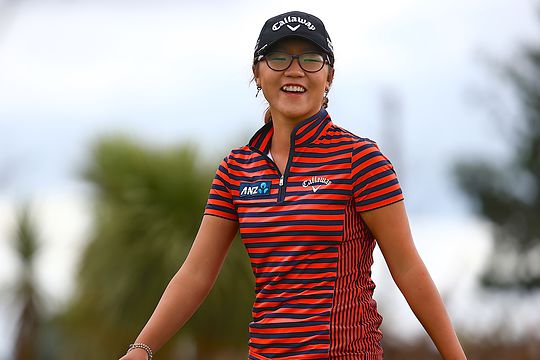 “When I saw that $1 million in the box (presented to the winner), I was like, ‘Wow, I wonder who the winner of that will be?’ It’s amazing. I’ve never seen that much cash in one place before.” Ko said.

“This year has been awesome. Three wins, Rookie of the Year, it’s a huge honour for me to be here in this position. I’m looking forward to what’s coming up next year.”

Ko, the 2014 Louise Suggs Rolex Rookie of the Year, entered the Tour Championship third in the standings and controlled her own destiny with the win, coming from three shots behind to force the playoff.

She now has five career LPGA victories, two as an amateur, and is quickly making up for any lost earning potential after only turning professional at this event 12 months ago. Ko has now become the youngest player to reach $2 million in official career earnings.

Americans Stacy Lewis and Michelle Wie finished second and third respectively, in the ‘Race to the CME Globe’, earning the $150,000 and $100,000 for second and third place. Lewis also collected an additional swag of honours – the Rolex Player of the Year, the Vare Trophy for best Scoring Average and the LPGA Official Money List title, ahead of Inbee Park.

Lewis became the first American to take home all three awards since Betsy King in 1993 and the first player since Yani Tseng in 2011.

“That’s what I came here for,” Lewis said. “I went into the week wanting to win these three awards. The $1 million and all would’ve been nice, but I would take these three over $1 million any day.”

Victoria’s Sarah Jane Smith completed a solid end to her season with a tie for 12th place at 3-under, the leading Australian ahead of Karrie Webb (T36) and Katherine Kirk (T58).