While rookie professional Jake Higginbottom has been stealing the headlines in recent weeks, winning the New Zealand Open while still an amateur, another young Sydney golfer has been quietly making a name for himself.

Promising Roseville teenager Cameron Davis snuck under the radar recently when he claimed his first major title against one of the toughest fields in amateur golf by winning the China Amateur Open. 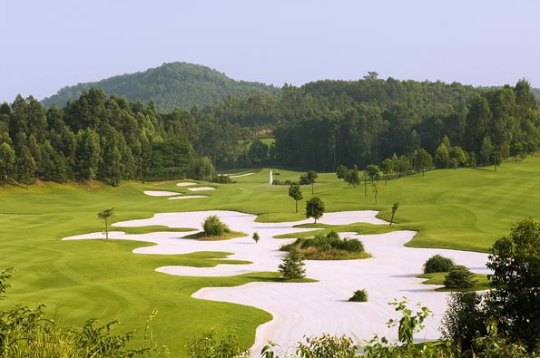 While his game has developed at a startling rate in the past couple of years, Davis received an invitation to play in the Amateur and made the most of his opportunity.

He opened the event with a stunning five-under-par round of 67 to hold a two-shot lead after the first round.

He backed that up with a one-under-par 71 in the second round and an even-par 72 in the third before closing with a three-under 69, the second-best round of the final day in scoring a handsome win.

Davis was never seriously challenged as he held a commanding six-shot lead with just nine holes left to play.

He cruised through the back-nine in two-under-par to clinch the title.

A current NSW Squad member, Davis has been earmarked as a young man with a great future and his experience in winning in China while in that country to compete in the Aaron Baddeley International Championships should assure him of a bright future in the game.