Kato, from Cammeray Golf Club in Sydney, secured a two-stroke victory over Brett Drewitt finishing at 9-under-par with rounds of 67-65-67-76. 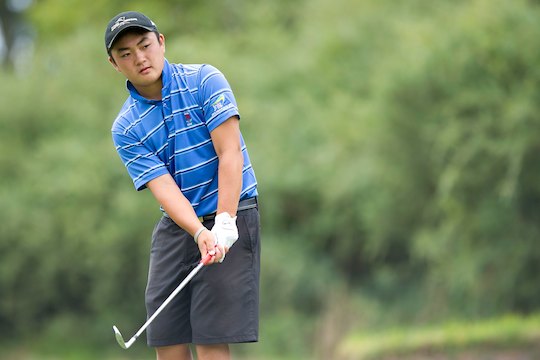 Kato held the lead from Thursday’s opening round to secure the wire-to-wire victory.

“The win was a surprise for me,” said Kato, who is currently ranked just inside the world top-150.

“Today was certainly hard and the conditions in the afternoon were challenging. My second round 65 was the key to the championship and overall I was pleased with the way I played.”

This season Kato has secured two top-15 finishes at the Riversdale Cup and Lake Macquarie Amateur.

“I take a lot away from playing the bigger events,” says Kato.

“To come out and be competitive and play well is a great confidence booster. This win certainly adds to my confidence.”

The final day’s low round went to former Lake Macquarie Amateur champion Blake McGrory, who shot the lights out of the Country Club Tasmania with 64 to move up the leaderboard into 4th position at 5-under-par.

Taylor MacDonald finished at 4-under-par for 5th position one ahead of Tasmania’s Nathan Gatehouse.

Daniel Bringolf and Brady Watt rounded out the top-order positions finishing in a tie for 7th at 2-under-par, while Ryan McCarthy finished at 1-over-par in a tie for 14th position.