The clock is rapidly ticking down for players ahead of The Masters Tournament in two weeks with one of the last qualification windows, via the Official Word Golf Rankings, closing following the Houston Open.

The Top 50 players on the OWGR not qualified for Augusta at the end of March receive a late invitation but for the highest ranked Australians not yet qualified, Geoff Ogilvy and Greg Chalmers, missed cuts in Houston sealed their fate. 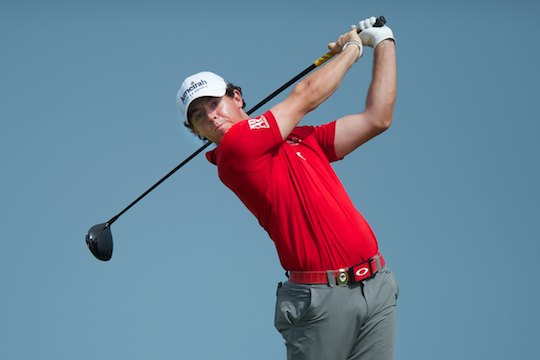 Ogilvy has opted out of the last chance now available at this week’s Texas Open at the TPC San Antonio, where it will be a case of ‘Win and you’re in.’

Ogilvy will be rueing a golden opportunity lost after vaulting into the Top 50 with a 2nd place finish at the Honda Classic, however he has not been able to consolidate that position after his last two starts at Bay Hill and Houston ended in missed cuts.

For World No. 2 Rory McIlroy, the Texas Open represents his last chance to continue to find form ahead of The Masters.

McIlroy barely survived the cut week in Houston and would be pleased to be playing all four rounds, but he also committed for the Texas Open by last Friday’s deadline.

It’s been well documented that McIlroy has played less tournament rounds than he would have liked this season for various reasons and he has indicated recently that he needed to play more to prepare for the Masters.

McIlroy has previously played the week prior to the Masters in 2009 and 2010, at the Houston Open.