Louis Oosthuizen has been off the tour since he withdrew from the Open Championship at Muirfield during the first round back in July.

The 2010 Open Champion has battled injuries all season long but a strained TFL muscle has been the primary concern as walking and rotating during the process of making a golf swing was very painful. 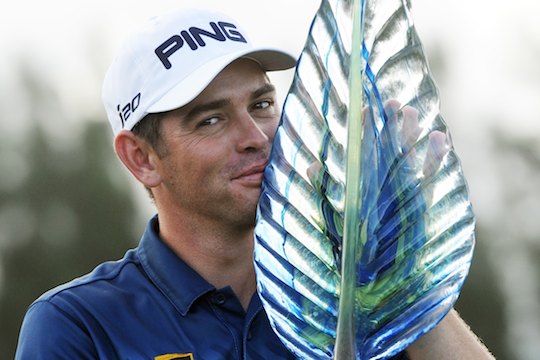 Oosthuizen also had a recurrence of neck issues which stem from whiplash he incurred riding a tube behind a boat eight years ago.

Oosthuizen has earmarked the Dunhill Link Championship at St Andrews in two weeks as a ‘make or break’ road test to determine if he will be fit to make his Presidents Cup debut for the Internationals at Muirfield Village in early October.

It’s understood that if he is not able to complete the tournament without pain, he will withdraw to allow captain Nick Price time to replace him.

Oosthuizen has spent the past few months at home on his farm in South Africa where he has been doing some chipping and putting, but he has only recently started hitting golf balls after six weeks.

Should Oosthuizen withdraw from the Presidents Cup for the second event in a row, Price has an interesting decision to make to select a replacement.

He overlooked South African Tim Clark for a captain’s pick because of his lack of length off the tee so presumably, nothing has changed and he will look further down the list.

The next highest ranked candidate, Thailand’s Thongchai Jaidee, would be considered to be a very similar player in terms of stature and golf game to Clark so his chances too may be slim.

Most of these players will be at the Dunhill Link to witness Oosthuizen’s comeback firsthand and a high finish from any of them may double as an audition for a late Cup call up if the South African is unable to get through.