The Coast makes it a double double

Anyone who has ever played at The Coast golf course would agree it is one of the most under-rated courses in Sydney – and a great test of golf.

Now it’s fair to say their golfers are just as talented and yes, they may even be under-rated following their amazing “double whammy” last month. 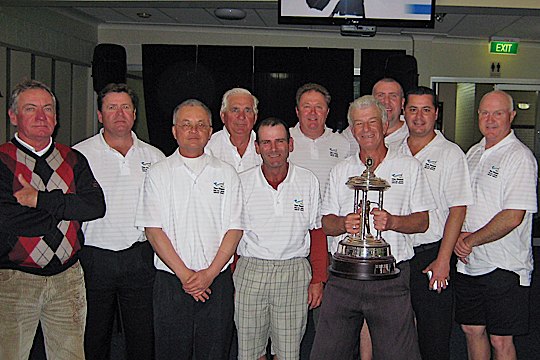 The Coast makes it a double double

The Coast Golf Club has bagged an amazing double by winning both the Warren and Gibson Shield trophies in the same year.

And if that is a feat that is almost impossible to achieve, it should be pointed out that the same club won the same double in 2004.

So the depth of their golfing ranks is certainly to be applauded.

The final for both events was played on Sunday, October 24 at the Beverly Park Golf Club in Sydney’s south with The Coast playing Richmond in the Warren Trophy.

The Gibson trophy saw the tough Eastlake Golf Club team ready to do battle with The Coast’s ‘warriors’ in the other final.

In what proved a difficult day for all concerned with persistent rain and showers throughout the day, it was The Coast who managed to play slightly more consistent golf over the three matches in each final with The Coast clinching victory 2-1 in both trophy divisions.

What makes The Coast’s achievements even more remarkable is in the Gibson Trophy the club actually went through undefeated to win their title.

The Warren Shield team were almost as impressive, managing to drop just one match for the 2010 season, making them deserved winners in both competitions.

While Richmond and Eastlake were unable to overcome the final hurdle, both clubs proved to be worthy finalists in their respective finals and deserved their place after both overcame tough semi-final contests the previous week.

The Warren and Gibson Trophy began competition in August and was open to players 18 years of age and over with a handicap limit of no lower than 13 for the Warren Trophy.

In the Gibson Trophy it is open to players with no less than a 20 handicap for the period between April 10th and June 30.

Now the only thing that needs to be asked is: Can The Coast make it a treble in 2011?