The Gold Mashie returns to Roseville

It will be a big moment in the history of Roseville Golf Club.

The popular but relatively short private northern suburbs course which once hosted an Australian PGA Championship is preparing to welcome back an old friend – the coveted Gold Mashie tournament. 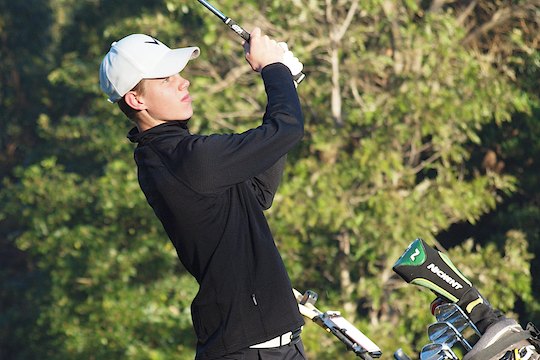 The club is hoping to lure professionals of the ilk of Rodger Davis, Mike Clayton, Mike Harwood and their own evergreen teaching pro Peter Headland – all frequent players on the PGA Legends Tour – for the return of the Roseville Ladies Pro Am and Men’s Gold Mashie.

A field of about 54 ‘senior’ professionals is expected to front up for the December 2 (Friday) women’s pro-am followed by the coveted Men’s Gold Mashie on Saturday, December 3.

There is a maximum handicap requirement of 36.

The Gold Mashie has actually been in something of a “hiatus” for the past few years.

But it is regarded as one of the historic events of the Sydney pro-am scene.

Sidney Riley, a photographer of some renown at the time, donated the cup to the Club way back in 1928.

It was to be known as “The Roseville Gold Mashie” and was to be competed for annually.

The entry by the handicap and tournament committee on the records that year indicated:

“Mr Sidney Riley has donated a trophy for an annual open competition to be held on Eight-hour Day.

“This event to be known as the Roseville Gold Mashie will be a 36-holes Bogey Handicap open to members of recognised golf clubs with a handicap of 10 and under. “The handicap limit for our own members is to be 18.

“Trophies will be given for the best morning and afternoon rounds.

“An open event other than mixed foursomes has not hitherto been included in our program, but your committee is of the opinion that this event will attract a very large entry, and will become one of the most important fixtures in the golfing calendar.”

The first cup was competed for during August 1928 (the date is mentioned in some notes as August 9, but that was the committee meeting date so that is unlikely).

Minutes of the Handicap and Tournament Committee record on October 11, 1928 state:

“Gold Mashie Cup: This event attracted a number of players from other Clubs and some excellent cards were returned.

“The winner was Mr F D Kearney who returned a score of two-up over the 36 holes. “The trophy for the morning event was won by Mr Milton Callaghan, the afternoon event by Mr L Hepburn.

“These three players have shown up prominently in recent competitions.

“While the course was not at its best and the competition clashed with other important sporting event, the interest and keenness displayed justified the holding of an open competition.

“The thanks of the committee are accorded to Mr Riley for providing such a handsome trophy.”

In 1931 it was held on September 10 and the purse was fixed at 15 pounds with the club contributing five pounds.

In 1939 the entries reached a record figure of 171, including 22 professionals when a new course record of 61 was set by Bill Bolger of 61.

The Gold Mashie is believed to be the oldest pro-am in Australia and has been played every year with the exception during the war 1942-1945, and more recently with the course renovations.

New club captain Jim Screen as well as president Dennis Pople were excited at the return of this coveted trophy to the club’s diary.

“The members are thrilled to have it back on. It is an event we all look forward to and they’re already queuing up to play with the senior pros,” Screen said.

“Our young champion Cameron Davis will give all the pros a run for their money too.

“He’s been in scintillating form in recent months.”