Wollongong resident Brad McIntosh has won the Vanuatu Golf Open for the third time with a final round 5-under 67 to finish the tournament on 12-under 276.

“I really played well, I have struggled with the putter a bit through the week but it came together when it mattered,” said McIntosh. 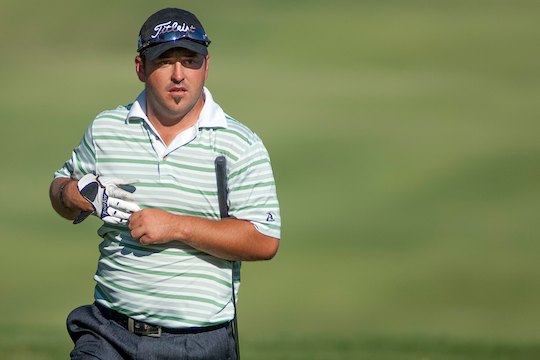 Overnight leader Murray Lott from Queensland started the day on 10-under the card but struggled from the get go, dropping five shots in the first eight holes and never recovered.

Defending champion Nick Gillespie was able to hold on to finish outright second holing a very tricky six footer on the last.

Gillespie finished on 8-under 280, one shot clear of past winner Andre Stolz and Canberra local Aaron Cox on 7-under 281.

The win for McIntosh will certainly close the gap in the Piranha Golf NSW/ACT OOM and will make for a very interesting finish at the end of October.