The 45-year-old was the first Danish player to represent Europe against the United States when he made his debut under Seve Ballesteros in 1997, the year the biennial contest was first played in continental Europe at Valderrama, in Spain.

"I've never looked forward to anything so much in my life" pic.twitter.com/p9PDK557qj

Twenty-one years later, he will become the first Dane, and the first Scandinavian, to lead Europe when The Ryder Cup returns to mainland Europe for the second time at Le Golf National.

Bjørn will bring a wealth of experience to the role of captain, having featured on three victorious European Ryder Cup teams as a player, with successful appearances at The Belfry in 2002 and the win at Gleneagles in 2014 following his 1997 debut.

He has also served as a vice captain on four occasions – under Bernhard Langer in 2004, Colin Montgomerie in 2010, José María Olazábal in 2012 and Darren Clarke at Hazeltine National earlier this year – while he has also made a hugely significant contribution to the development of the European Tour as Chairman of the Tournament Committee since 2007, a role he will now relinquish following his appointment as captain.

The 15-time European Tour winner, who was twice a runner-up in The Open Championship, also knows the 2018 host venue particularly well, having played in the Open de France a total of 14 times at Le Golf National, with his best finish a share of third place in 2007.

He said: “It’s a huge honour for me to be named European captain for The 2018 Ryder Cup in Paris. This is one of the greatest days in my career.” 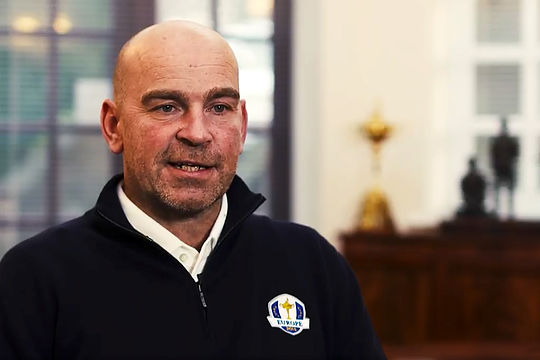 “I studied a lot of captains as a player and as a vice captain and always wondered what that feeling would be like to be the one leading out a team of 12 great players. Now it’s my turn to do just that and it is an exciting moment for me.”

“I have lived and breathed the European Tour for so long, and now I will do the same with The Ryder Cup for the next two years. I’m very much looking forward to taking on this task.”

Bjørn’s Ryder Cup career began in 1997 when he qualified for Ballesteros’ team only a year after winning the first of his 15 European Tour titles at the Loch Lomond World Invitational, and only two years after winning the Challenge Tour Rankings in 1995. He won one-and-a-half points from his two matches at Valderrama, partnering Ian Woosnam to defeat Justin Leonard and Brad Faxon in the fourballs, and then halving with Leonard in the singles.

In his next appearance in 2002, Bjørn took two points from his four matches at The Belfry, teaming up with Clarke to defeat Tiger Woods and Paul Azinger in the fourballs, and beating Stewart Cink in the singles.

He had to wait another 12 years to make his third appearance as a player, qualifying for McGinley’s team at Gleneagles where he partnered Martin Kaymer to earn half a point against Rickie Fowler and Jimmy Walker in the Friday fourballs.