South Australia’s Jack Thompson has secured his first professional title with victory at the Gippsland Super 6 on Sunday defeating Jordan Zunic in the matchplay final.

Runner-up to Japan Tour regular Anthony Quayle in a playoff at the 2020 Queensland Open whilst still an amateur, Thompson has contended regularly in PGA Tour of Australasia events since turning professional in February, including being runner-up at the Golf Challenge NSW Open and a top-10 result at the Victorian PGA Championship.

“It feels like a long-time coming,” said Thompson, who reached a best world amateur ranking of 47th and in 2018 won the prestigious Riversdale Cup. 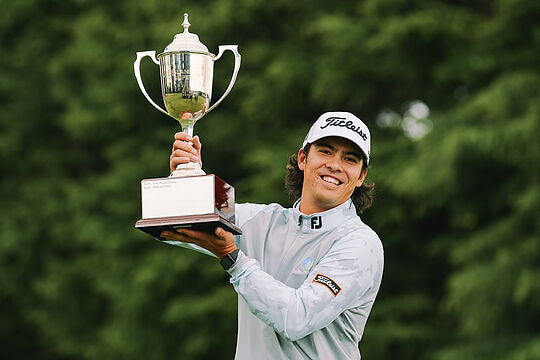 “I just think back to all of the times I was runner-up and how much I hated losing. There were even times where I was wondering, ‘Am I ever going to get over the line?’ Having to hole a good putt on 18 and then getting up-and-down from what I thought was a semi-tricky spot just makes it more satisfying.”