Thailand’s very popular Thongchai Jaidee captured his sixth European Tour win and his second on European soil with a play-off victory in the Nordea Masters in Sweden. 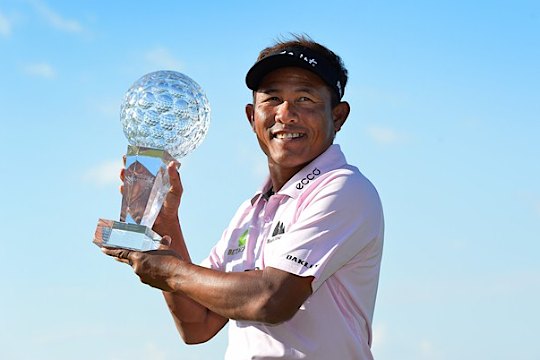 All three players had ended regulation play locked at 16-under par in glorious cloudless warm conditions.

Jaidee had birdied his opening three holes in regulation play and then had an eagle at the 11th in a blistering round of 65.

He then put his third shot to around four feet at the first extra play-off hole and sank the birdie putt to deny his two rivals.

Four years ago Jaidee had broken through on European soil to capture the 2012 Handa Wales Open while he’s had 11 others wins around the globe.

“I worked hard today,” said Jaidee. “I started with three birdies in a row, had another one on six, then a good comeback on 11.”

“The golf course is wide open, you have to hit good golf shots and the weather helped a little bit.”

Richard Green again finished the best of the small Australian contingent in a tie for 40th place with a third round 76 the only thing keeping him from another solid finish on the European Tour.

South Australia’s Wade Ormsby was the only other Aussie to make the cut at T47.