Three Aussies entered the US Junior Amateur and all three have made it through the 36-holes of strokeplay to reach the matchplay section. The championship will conclude with a 36-hole final on the weekend following a gruelling six rounds of matchplay.

Canberra’s Josh Armstrong leads the Down Under pack in a tie for 4th place following rounds of 69 and 66. 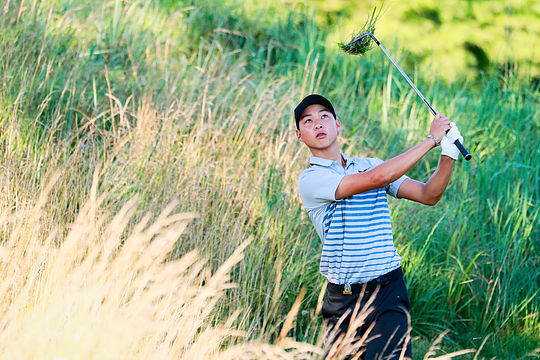 Lee successfully cleared the first hurdle after qualifying for the 64-man matchplay section with rounds of 69 and 67 leaving him in T7.

Cameron John, who won the Australian Boys’ Championship earlier this year adding to his 2016 Scottish Amateur Open, 2015 Victorian Boys and Asia-Pacific Junior titles, snuck through with rounds of 71 and 74 to finish the strokeplay in T47 at 3-over.

Oklahoma’s Austin Eckroat leads the championship on 10-under and sits two strokes ahead of first round leader Brandon Mancheno (USA) and Cole Ponich (USA).