Hold your breath…because at this stage Tiger is in!

Of course I’m talking about the former world No.1 Tiger Woods and the ‘in’ I’m referring to is the upcoming Hero World Challenge – an event that the Tiger Woods Foundation co-sponsors. 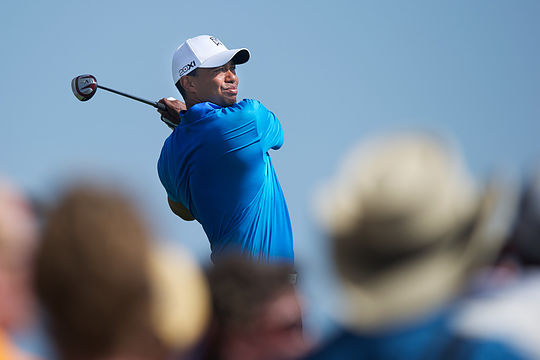 It’s an elite, invitation-only 18-man field and at this stage, Tiger has included himself in the field for the December 1-4 event.

Of course he has already postponed his return to tournament golf after 16 months on the sidelines recovering from his second bout of back surgery.

Tiger initially suggested he would return to play in the Safeway Open on the US PGA Tour followed by the Turkish Open on the European Tour.

But shortly after the Ryder Cup victory for the US over Europe, where he acted as one of the vice-captains to Davis Love III, Tiger said his game wasn’t ready for a return to competition just yet.

Still he did suggest he would press ahead and be ready to play in the Bahamas and that was confirmed again late last week.

“I’m excited about making my return at the Hero World Challenge at Albany and play in this terrific tournament,” Woods explained in a press release.

“This is our 18th year, and every year we put together a top field that showcases the best golfers from the previous season.”

He’s not kidding either: Among the names already confirmed for this year’s event are defending champ Bubba Watson, US Open champion Dustin Johnson, British Open winner Henrik Stenson and USPGA champion Jimmy Walker. The 2014 Hero World Challenge winner Jordan Spieth will also be back for another shot.