He admitted it hadn’t really sunk in – yet.

Tiger Woods says he has been too busy relaxing and playing little golf since his US Masters win.

“I haven’t started winding up for my next event and prepping my body, so it’s not really hit me,” said Woods.

“Every now and then I look over and see this jacket and say to myself ‘yeah, I did pull it off,” he grinned in an expansive You Tube interview.

“I’ve just been hoping, trying to understand what I have accomplished but I really haven’t come to grips with it yet,” he said. 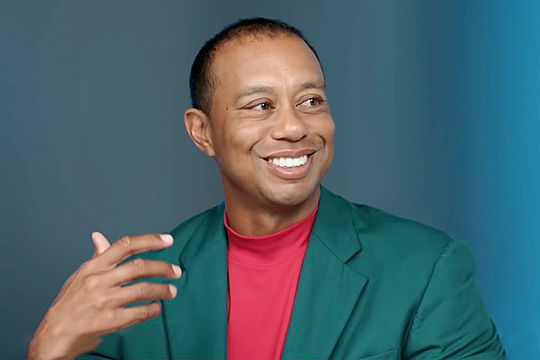 Woods has actually played some golf – albeit with his son Charlie.

“They [his kids] give me a hard time, which they should,” he said.

“But they gained an appreciation from the moment. When I contended in the British Open [last year], they felt the buzz.”

“They now understand how hilly Augusta National is…and that’s just something they keep talking about.”

Woods said he found a swing in which he could start drawing the ball even though he didn’t possess the length he used to have.

“I found something in my game and I felt comfortable turning it, the long irons, the three wood, the driver and I maintained that ability to hit the slider too,” he said.

Woods said he had been grinding his butt off at home before heading to Augusta for the Masters.

“More than anything I had to open my mind up when I got there,” he said.

The 15-time major champion gave one of his most revealing interviews for several years and appeared relaxed and as happy as anyone has seen him for years.

It’s an interview worth sitting through and certainly indicated what we all probably knew…that Tiger Woods is back…and there could be more major championships afoot.

Watch out Jack Nicklaus and that 18-major record. Tiger still wants it.